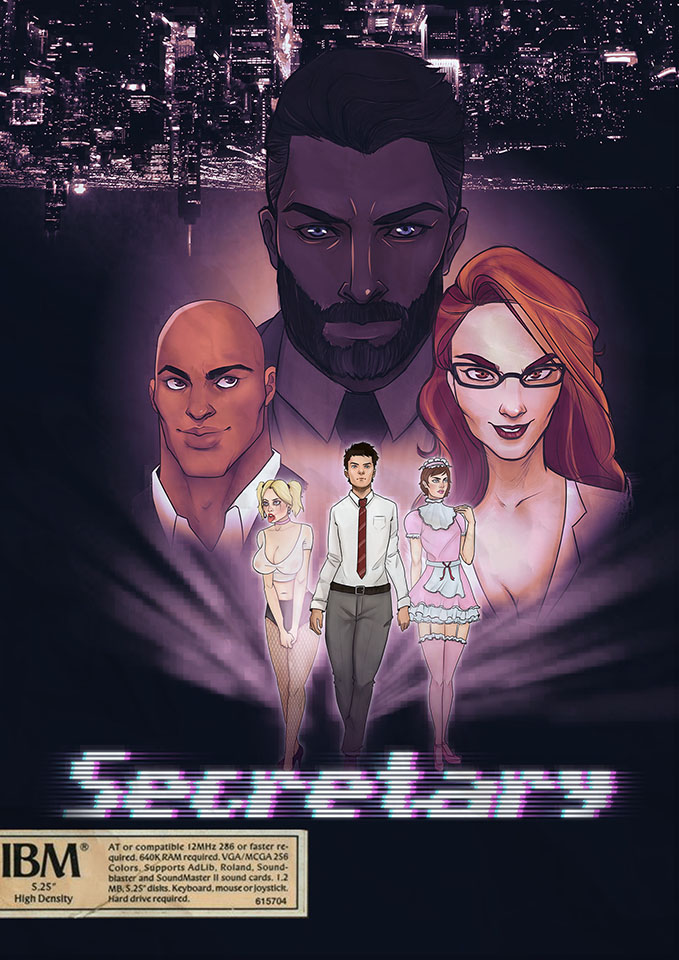 Some fetishes I plan to add are:

Please check #bugs on the Secretary Discord Server before posting any new bugs. We have regular updates there and maybe your problem has already been taken care of!

The bodyshop is now open for business including:

Yes, there is a plot.

While not yet complete, the wiki can answer many problems is in continual development:

You can see the full changelog [here]

I absolutely love this game. There is a brilliant story line you can flow through by making your choices. Tell changes take time but this allows plenty of game play and allows you to anticipate what is coming. Couple this with the contents selections you can make give you the chance to do several different run throughs.

I found the game got a tad bit grindier which isn't great but the compensate you now have a fast mode which made replaying this a lot more enjoyable.

I think half the issue I have with the game now is the repeat of the stupid canteen mini-game, it really pulls the speed of the game to a grinding halt and it'd be nice if I could just skip it tbh because its just not very fun. Now that the game is a lot longer than it was before its safe to say we probably don't need the repeatable content as this is already a very long game compared to other games on the site.

The willpower requirements are a bit buggy and a bit annoying as I've managed to softlock my character because she can wear clothes that are above what her willpower allows and I kept getting "you can't leave without makeup" but then "leaving with makeup costs Willpower" and so I could never leave the house. Things that increase willpower aren't documented well and that needs to change so you have a means to managing willpower.

I think the dev has nailed the content side of the game they've just got to work on the progression flow. Progressing in this game can be a little frustraiting and at times it feels like the game is wasting your time but in fact you just haven't unlocked something yet. Fast mode helps a great deal with that but the game still feels bogged down but repeating content.

The new random events are a fantastic addition and reminds me of Cursed as its similar in how it works.

You can get the sense that this game's development is coming to an end soon because the games starting to feel very complete now.

Easily the best game on the site still.

My favorite game on this site, seems to give you the freedom to be who you want to be (within the premise). I had a lot of fun exploring what was available and look forward to revisiting in future when there's (even) more content (what's here already is several days worth of play time).

Definitely one of the best games on this site. I have a few personal nitpicks, but these are things that should be remedied in the past (the developers have hinted at this being so anyway.) It's got a good story, good and interesting characters and it has a lot of ways you can play the game that you might personally enjoy. There's minorly obtuse things here and there I've yet to figure out how to get around, and it's kind of hard to get cash unless you specifically go down one of the routes you might not want to go down.

One of the best parts (minor spoilers) is how the game handles your character's transformation - you have so many choices of what to say and how your friends and loved ones refer to you from that point. It's... actually pretty wholesome.

For the record, one of my minor nitpicks is the game forces you down the submissive route cause there's really no way to do otherwise and I'd love to be a dominant trans woman instead of a submissive sissy, but that's something that's going to be added later. The other nitpick is that there's seemingly no way to do 'sexy' without also doing 'bimbo' and I really hate bimbofication as a kink. This game kind of seems like you can't want sex without also turning into a braindead bimbo... and that's kinda not my jam.

Other than those, however, it's a great game and I recommend it wholly.

This is one of my favourite games, the developers have a well lined story filled with lots of possible routes and something to fit almost every taste. They are very active in the community and takes suggestions for improvements, so I am excited to see where it leads.

Keep up the good work!