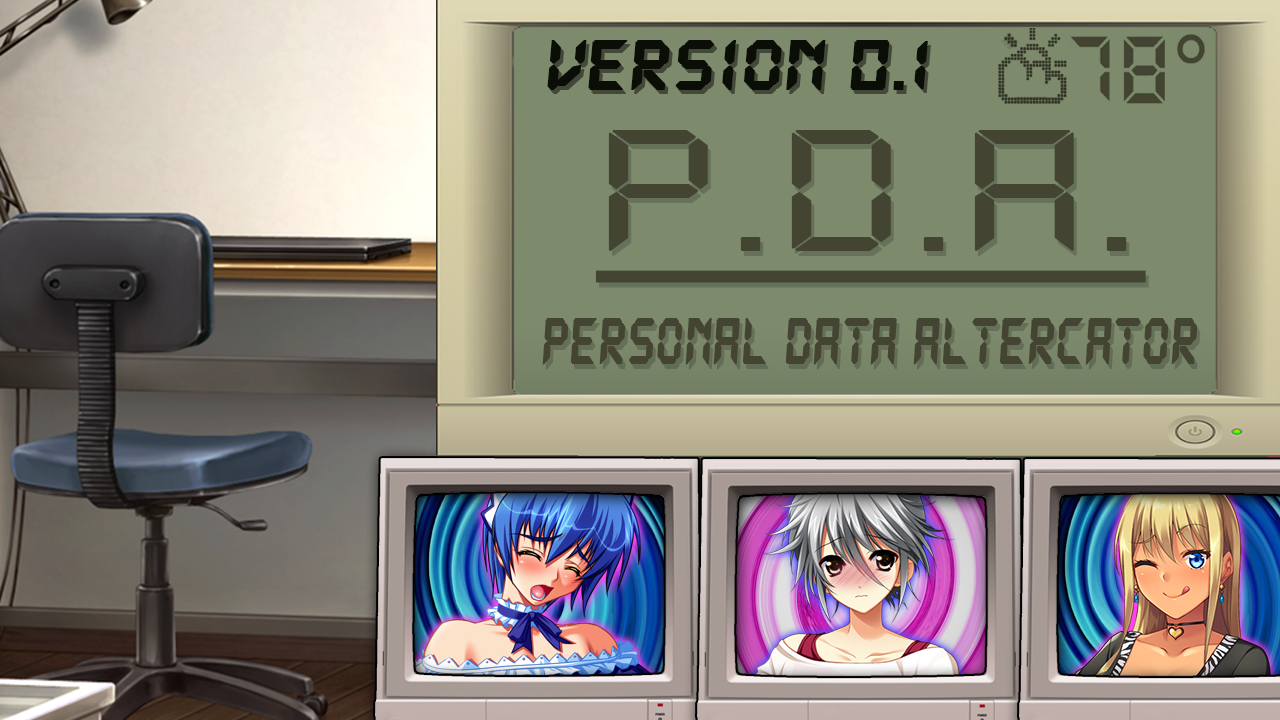 I mainly made this game because I wanted to see more games like Press Switch and Student Transfer but something that included TF Themes that I enjoy that aren't commonly seen in these games like Life Swap and Parts Swap. I also didn't want to just copy those games since they stand great on their own, so I tried to insert a little bit of my own personal flair into the game using my sprite edits to create some unique transformations.

Like Press Switch and Student Transfer, the sprites featured are mashed up from various different Visual Novels, a few of them are edited by myself to fit the story.

Discord
I made a server if you wanna discuss the game and follow its development
https://discord.gg/3vbvXQf

"Huh there's something else inside the box..."

Jean is your typical goofy 18 year old himbo, the ace of his school's swimming team, an avid retro game collector, and has Lucas: the best best-friend anyone could ask for.  After purchasing an old retro PC he discovers a little bonus came with it, a old P.D.A. from a brand he's never heard of before.  After testing the device Jean as well as his friends and family find out that the P.D.A. isn't exactly an ordinary pocket planner as it seems... 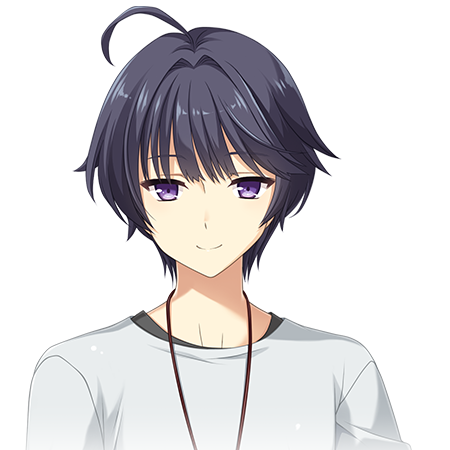 Goofy, Lovable, lazy, and a total dumbass is how Jean's (pronounced Jeanne) friends would describe him.  He cares about his video games, swimming, and his friends, ESPECIALLY cares for his best buddy Lucas. 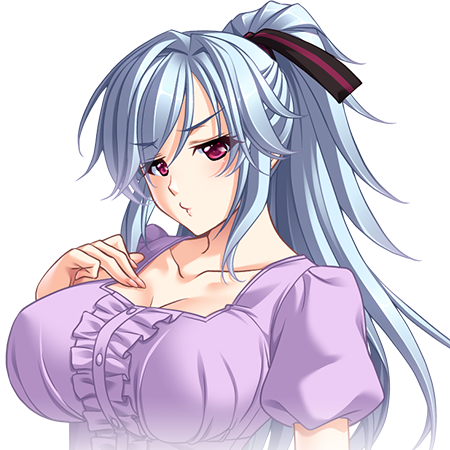 Jean's capable older sister that keeps the household together.  Clara and Jean bicker here and there but generally get along really well, but sometimes Clara acts more like Jean's mom than his sister. 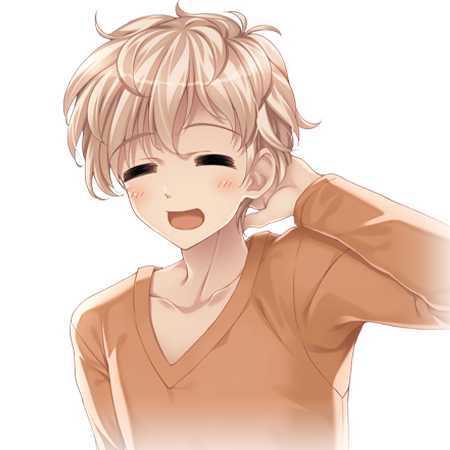 A fun loving ray of sunshine, Lucas is Jean's closest friend of all time and two have been inseparable since they were little kids.  With how close the two act to each other, quite a few people assume they're much more than just best friends... 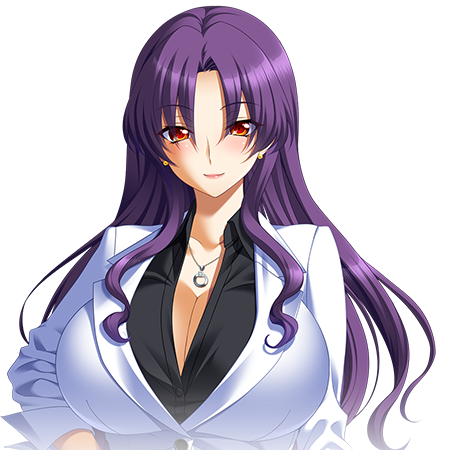 Jean's English Teacher and just the sweetest, kindest cinnamon roll you could imagine.  She genuinely cares about all her students, but especially cares about Jean.  She has a second job that she prefers to be kept a secret. 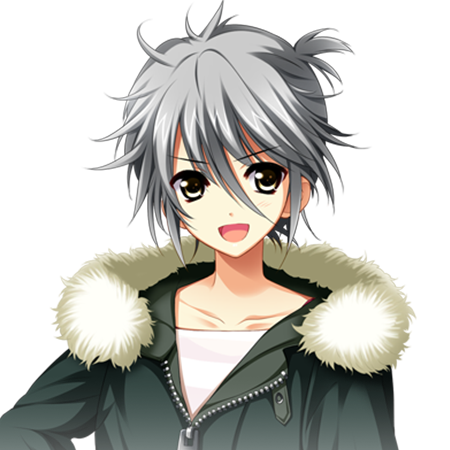 The popular pretty boy at school and one of Jean's close buddies.  He has a pretty girly face and frame and many people would say he'd pass if he dressed up like a girl, but he's pretty insecure about his feminine appearance. 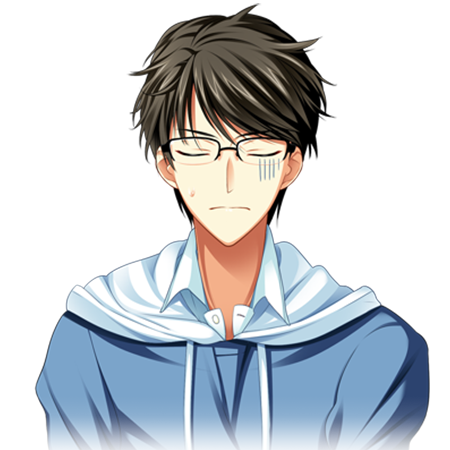 The mature one of Jean's group of friends, wiser beyond his years Micah is always keeping everyone out of trouble.  As mature as he is, he turns into a complete trainwreck when it comes to dating other guys. 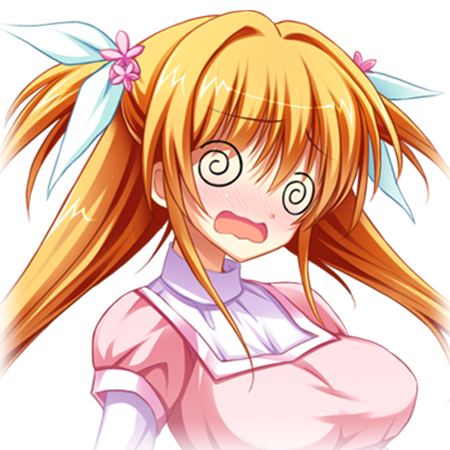 A total brat, Skye is the silly baby of the group, Jean and Haru just love teasing her for it.  She really cares about her group of friends and especially cares for Micah, she's head over heels for him but Micah isn't exactly interested.

Play the game to meet the rest of the cast!

I have to say, I just came across this game today, and I really, really love it so far. The only thing I would add would be a cleaner UI. As far as I can tell, there's no way to turn off the game in full-screen mode. Oh, and an option for changing the text background opacity. Of course, both of those come second to actually finishing a route or two. A lot of these are gold and I can't wait to read more.

I love love love the crossdressing/sissification routes, it's something other games like Press-Switch and Student Transfer don't work with enough, and especially not to the potential that some of these routes started.

I think a route flowchart would also be handy - there were a few times where I wasn't sure if there was a button I was supposed to press wasn't popping up or not. Like the Calender Copy section, or when Lucas or Clara are deciding what to do to Jean.

Aside from those small things, I genuinely loved this project, and I cannot wait to see more. I hope everything is going well and look forward to the next update.

I will say this first and foremost. This will become the next press switch and Student Transfer from what we have seen already. It's pretty clear that there is passion behind this project and I can't wait to see where this fully goes.

One of my thoughts once I actually got to the plot device that causes the transformations to happen, I felt it was somewhat akin to the Chronivac 4.0 storyline from cyoc.net which I don't know if there was any inspiration from that and I'm unsure how many will understand what I mean when I write this, but if you do, you might be able to see a little on what I meant.

As for the story and character, each have there own personalities that all feel rather distinct. I will admit I was rather pleased by some of the interactions as just how damn thirsty some of then are. Like it was both cute and funny just how unexpected the level of thirst is.

The way the interface of the device is and the choices given is neatly portrayed and clear and it also gives small hints as to what the route may entail. Other cute bits of presentation is the end of current content routes. Basically think of student transfer's 'this parh is under construction. Basically there's a neat picture and interface with a small comment from the writer that just makes me chuckle the first time I saw it.

The bits I had an issue with were less the game itself and more the engine. Some of the Choice options don't look all to different to available choices and this only happens during choices directly using the PDA. You will only be able to tell if the route is available if you hover your mouse over the option and it turns into the hand. This may only be an issue with the Tyrano engine though.

The two issues I do have with the Tyrano engine is that skipping and going back don't work the same as renpy. This bit is mostly for people who find this as their first Tyrano game when they have mostly used Renpy. You can't go back to previous choices (though there is a backlog to see previous dialogue) if you miss click unlike in Renpy from what I have found, and skipping won't immediately stop once you've met content that you haven't seen before so you may end up skipping past a point you don't want to.

Frankly, most of my complaints can easily just be ignored if you understand just the work and effort put into this Visual Novel and I can't wait for new updates.

this game is great. hope to see more from you in the future. very cute characters.