Splintered Path is a High Quality Adult Fantasy Game set in a Mult-Verse that will take you from Ancient Lands to High Fantasy Realms knee deep in creatures and people trying to either eat you or #@#$ you to death (or both!), all the way to our world and futuristic worlds beyond.  This project will go until it is done - it will not stop mid-way and I won't disappear.  The game will have High Quality 3D renders of key scenes and is very sexually graphic.  JRPG elements such as a class system, leveling, job switching and item collection will be used to advance the story.  If that sounds intriguing to you please click follow as long as you're at least 18 years of age.

The game has been completely redone in a new engine.  Changed to Ren'py.  The core of the interface is built and now we are starting the story from the midway point.  The previously release content will be in the game (adding it now) but the game will be advanced from a new point going forward. This is just a tease release.  Not a ton of content, but it will let you know what we're doing.

Below is an example of the type of graphics I'm using for the cutscenes. 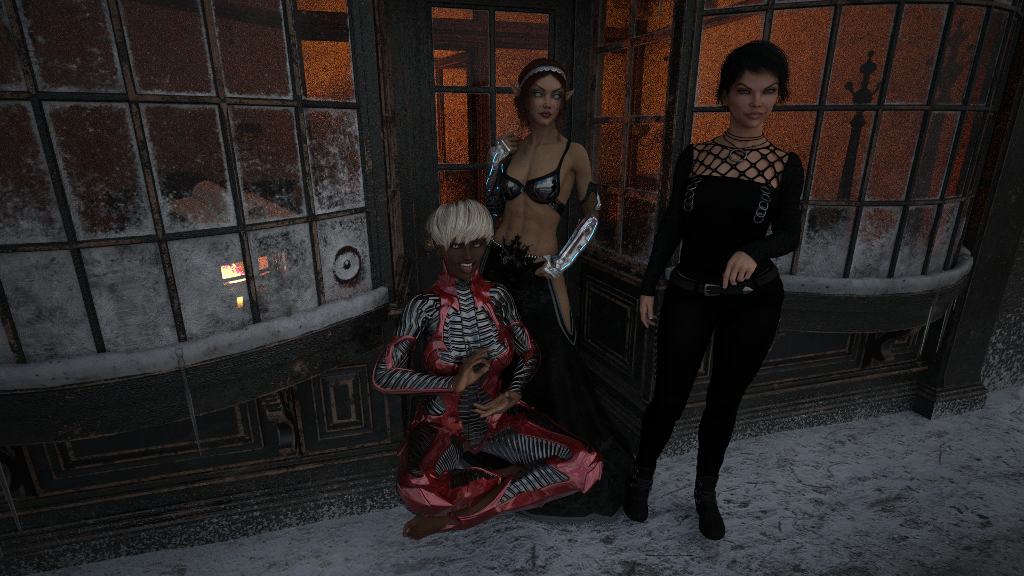 You are Alex.  You spent your days working for your dad on the farm along side your two brothers and then all hell breaks loose and your world is turned upside down. You quickly become the pawn of an elaborate and very advanced organization.  How you handle the problems and overcome adversity is up to you.

You should also post the links for the Mac and Linux versions on this page. I nearly gave up on this had I not chosen to look on your Patreon for alternate links.

I had to use the download link on the patreon page because the one listed here didn't work for me on windows.

Other than that i really enjoyed the game, 8.5/10 honestly. Very nice cut scene art, compelling interesting story, enjoyed the jokes and the maps are well designed and look pretty.

I'd say it's a good start, but it kind of isn't. There's an interesting tidbit of a story, but it needs editing badly, the writing acts as if it's set things up it hasn't. The game takes itself too seriously to laugh off these flaws like you would be able to in a different game. The combat, while I get it's entirely placeholder, is just an annoyance, the only quest in the game so far comes across as a deliberate time-waster meant solely to extend the length of the gameplay. It's also somewhat unintuitive.  Once you realize that most of what is there is filler, what's left seems far too short to even serve as an adequate teaser. There's negligible substance to this game so far, yet the developers are trying to promote it on style. The developers should put more work in, and focus on the writing and gameplay.

Good start. I like it.  So far it is one long introduction with only one if statement. Looking forward to see the dungeon and the next version. Writing is good. The scenes are very long between when one can move the  character.

I like the built and enjoyed the conversations between the characters.

Looking forward to where you'll go with the story and the content.