Zach, a broke college freshman and chronic underachiever who's been coasting through life without a purpose, just found a curious phone game called re:Dreamer. This incredible phone app has world-bending powers, and he accidentally turned himself into a sexy and voluptuous young woman before he even finished the tutorial. Even worse, unless he wins this perverted game, he'll never be able to change back!

With an impish and unreliable in-game A.I. as their only lead on how to change back and the ability to get help from a single friend he's allowed to invite, will Zach be able to win this predatory game without giving up the things that make him a man in the process, or will he lose and remain stuck as a woman?

Join our active Discord and hang out with gender bender fans from all walks of life!

Support us and get the latest builds on Patreon up to 2 months early! 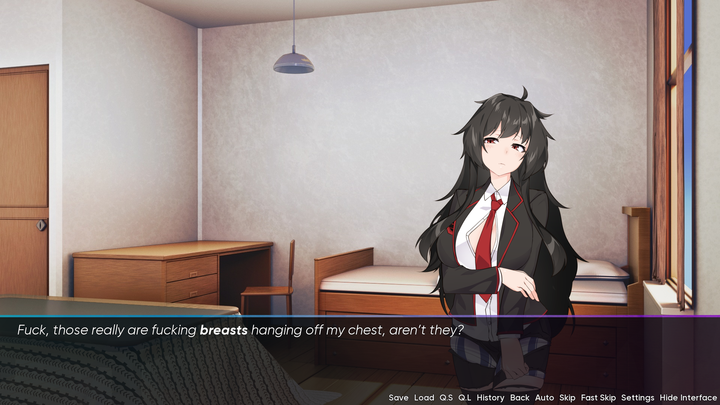 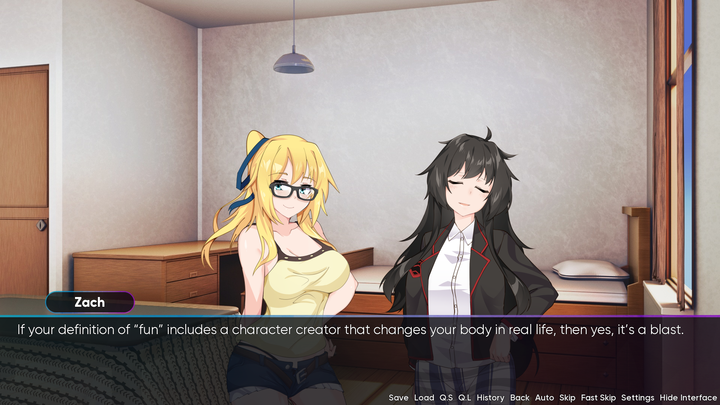 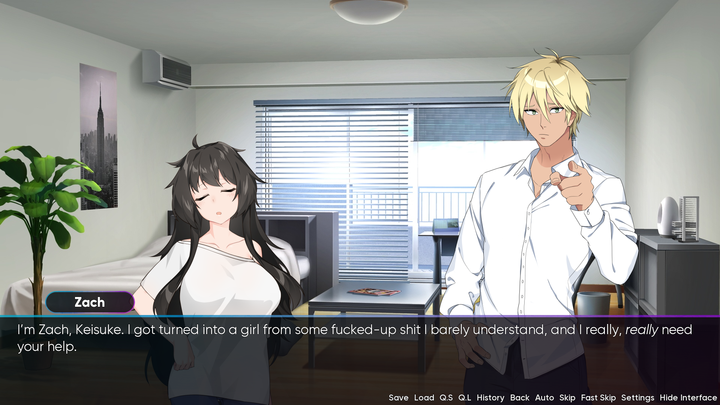 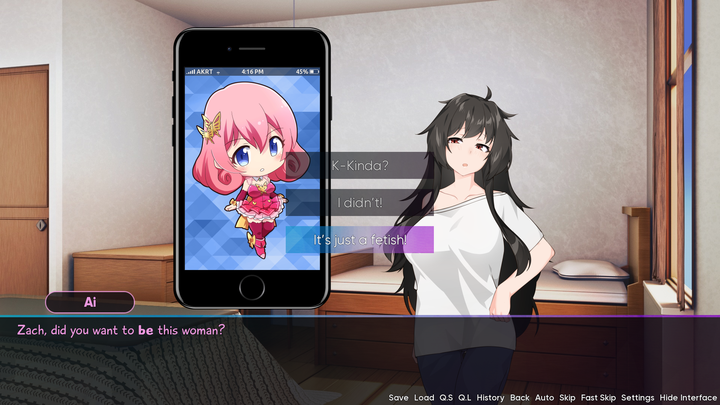 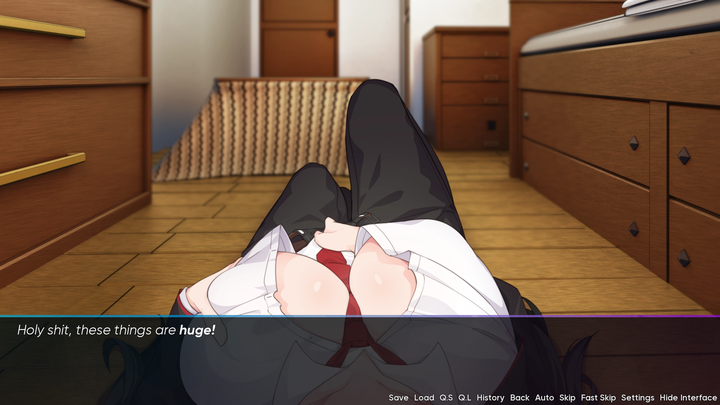 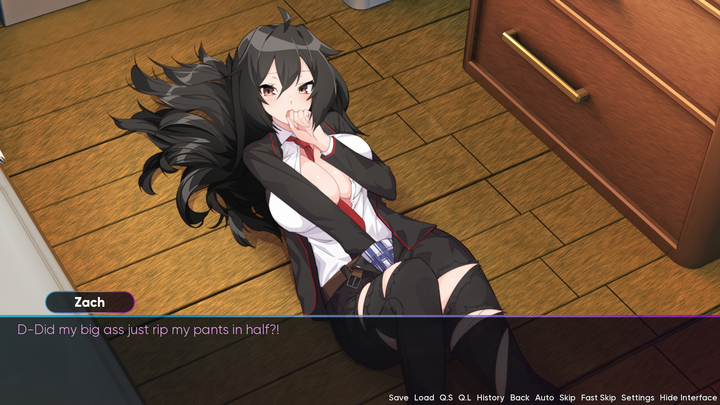 Zach, the main character of this story, is a chronic underachiever who has been using his above-average intellect to coast through life with below-average grades. After a gap year taken to find his identity and expand his spiritual horizons that left his broke, he's now a freshman university student in a major he only chose because it's easy and can lead to a steady job right out of school. He spends his idle time searching for new and obscure phone games to play as F2P user on a broke college student lifestyle.

Ai is the unreliable and mischievous A.I. that came with Zach’s copy of re:Dreamer. She seems to treat this all as one big game, though it probably is just that for her. Ai appears to have her head in the gutter 24/7 and seems to take great pleasure in teasing Zach. It remains to be seen if Zach can trust her.

Britney is a dorky young-adult blonde white girl and anime/game/cosplay otaku who is quite attractive but abrasive if you can't keep up with her pace. She and Zach met in high school and bonded over their similar taste in anime and phone gacha. She is also Zach's only female friend.

Keisuke is Zach's childhood friend and neighbor. Despite being opposites, the two have been best friends since they were little kids. He's an athletic prodigy and social butterfly who gets along well with the ladies, despite being a blunt meathead. Though their personalities have diverged since they were kids, they've known each other for a very long time and have a strong bond of trust.

As of 0.4.4, each release's route flowchart is bundled as a .png with the release, but all the flowcharts since 0.7.0 can be found here on Dropbox (including Patreon-only releases).

Natalie of Nigmabox has also provided a helpful player-focused flowchart in her review of 0.10.5 here that should give a general outline for the routes.

As a visual novel, this game is one of the best I've seen out there. The artwork is amazing and the story is really good.

Be warned, this is not a create your own story style game, and there is hardly any branching in the paths.
The difference is mostly in the reactions of the MC, not in how the story unfolds.

Still, this is one of my favourites on this site and I'm excited to see more!

The major issue I have with this game is that although the writing may be as good as Stargazer says, there is so much of it that you really are not encouraged to read any of it.  Most of the game seems to be the same scene with 10, 15, 20 screens of text.  I tend to hold down the control key to get to something different and it feels like I'm holding it down for 5 minutes.

The writing is good and got me invested in a few good places. The problem is the lack of choices. Hopefully as things are worked on there'll be more added but as it stands it's more of a linear story with two paths than anything else.

While re:Dreamer is still fairly early along in its development, the project is shaping up into something amazing. It can be funny, it can be heartfelt, it can be methodical, it can be existential, it hits pretty much every note I want to see not only as a TG/TSF/Gender Bender story, but as a story overall.

Decent game with really good art and thought into the background story and world building. The story is well written and generally flows well from one part to the other however it also is not perfect.

One of the main cons of the story is that it can get unecessarily long winded at parts where it takes the player out of what's going on interrupting with the flow.

A straight male would display strong negative feelings/emotions/actions if another male got too close to them or approached them in a provocative manner and probably more extreme reactions towards strangers. Add to that finding yourself in a female body that you did not want.....the feelings/emotions/actions would be amplified by several levels nearing towards hostility and paranoia towards other males.

If you are approaching it from from any other perspective than a straight male though the story does flow well for the most part. Some of the scenes can still be a bit long winded at times and seem forced or cringy for what the story has revealed so far.