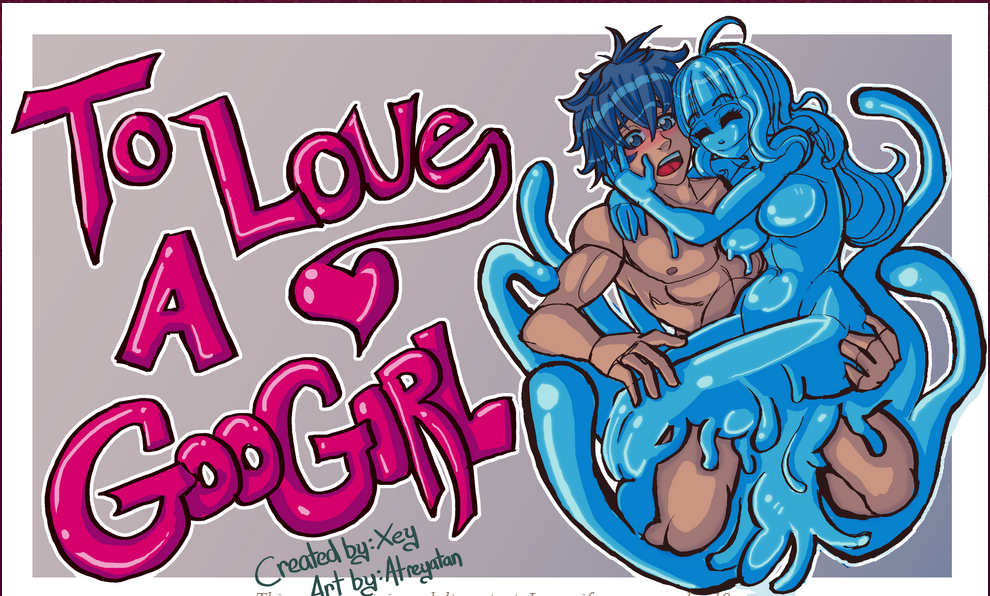 This game is about a guy that gets involved with a googirl... unfortunately that has consequences. Consequences that require diapers! This game includes all sorts of diapers including DIAPER SUITS! There is some TF content(just added to the patreon version) which is then followed by massive TG content(been in the game for a long while). Though the entire game revolves around a transformation to the players body sort of. I know this is a bit of a stretch TF wise but thats why I waited till I at least had the start of the googirl transformation content added. I know this is a weird one for the site, but if you have seen my other game... weird as heck is just what I do.

The entire point of this is that there is NO scat. Yet the diaper will be filled. Its a googirl involved.... put it together. I hope this bridges the gap somewhat of those that love diapers but not exactly other aspects of them. The best of both worlds I hope.

There are no fully furry characters in the game but the diaper suits are all animal themed. Some of the NPCs are non human especially the Googirl of course.

THE GAME IS ONLY IN ALPHA!!!! Yet I can say the content is far from looking alpha. Some stuff is broken, much less is broken in the Patreon version! Game is currently just Mature but future editions will likely delve into the Adult level!

-Fully coded up the trenchcoat art.

-Made some changes to the daily needs opening scenes

-Added code to display art for Maya and Anton!

-Fixed another save error, this time in the fix for the office minigame.

-Added fast entry into working at dailyneeds without leaving first

-Created a brand new minigame! Sort of like context clues mixed with DDR of all things!

-Got rid of error in promise on non mobile devices

_Added a way to control the speed of the nomnomicon function

TLGG 0.25.3 Patron Version
-Changed and rebuilt character display engine using Canvas fixing quality/display issues depending on the browser(WIP)
-Added partial implementation and code setup to checking the mail
-Added short stuck at home period before the player is able to go out wearing a diaper.
-Added TONS of new art for the female side of the overflow event! -Modified event to include from home filling of the diaper.
-Added more urgency events while at home.
-Fixed shading on some of the diapers messing with the googirl image sets.
-Added female overflow complete covering scenes.
-Added HUGE diaper check segment to the office after getting caught twice....


TLGG 0.24.0 Public Version
-Fixed some mobile issues (not all of them)
-large amount of art added... to something.
-made some fixes and broke a bunch of the delay codes.
-Numerous CSS changes to how the parer and delayer function
-pink diaper and sleeping no longer turns you into a girl.
-OVERFLOW YOUR DIAPER I DARE YOU!

TLGG 0.23.9a Hotfix
-FOUND a big save error! Maybe.. just maybe this will be the last one! IN the office minigame... The darn pink overlayer messages were picked at random from a list. The RNG seed was getting called but would be skipped over on loads. Changed it to be unseeded RNG.
-Removed possible sequence breaking options menu after office minigame. You can now leave the office before even doing any work. This will have a purpose when I think of one >..>
-Found extremely early sequence breaking RND call in THE COIN SOUND mechanic of all things! It picked a random sound from a list but the rnd was skipped in Loading.
-Rebuilt the clicked to soon event due to possible save sequence breaking. You can now continue to hold it in as long as you keep clicking it! This means you really can hold it till you reach a bathroom!
-Changed up some of the diaper usage settings. CLicked too soon now requires over 50% urgency. And the hold it in requires over 90%. -Urgency itself only raises by 8 instead of 10 during applicable day events.
-Urgency reduces but 50% on an accident instead of 40%
-Fixed a talk to the googirl scene bug. But it is weird.... shouldn't have been possible. Added error message to it... tell me if you see it!
-Added an old save game cleanup function. Saves from past versions were not being deleted from the localstorage! Now they will be cleaned up freeing up space every time a version change happens.
-Fixed the portrait engine setting errored files names rather than empty file names.
-trench coat once again will be actually required to be bought.
-Small diapers only need to be more than half filled to be removed by the googirl (most of the time)
-Removing a diapersuit at daily needs cleancycle converted to timemod system. Eliminating rouge sequence breaking buttons

It's a game about a googirl moving in with you! Except not really, because the focus is the consequences of what she does to you. The game is ABDL at its core, but with no scat, which is awesome. It's a cool idea, but unless you like baby stuff then it isn't going to be interesting to you.

I'm really not a fun of diaper fetishes, but I am, however, into monster girls and a qt3.14 goo-girl. The art is great, definitely love put into it. Only real turn off for me are the diapers, but I'm hoping to stick it out for banging our slimy friend.

Ah, this sure has a lot of potential. Of course, this is not quite complete, so it's not fully realized, but it's off to an interesting start. I like the idea of working around an embarassing situation like this while making it more appealing due to an altered digestive system. The idea of attempting to delay a sticky situation as long as you can in public is quite fun, and the bulging is a nice touch. Which is why I'm looking forward to further versions of this game. A little detail here and there would do nicely, and some gooflation. I also hope you keep the play online Itch.io format since I like not needing to download the game. Definitely subscribing since there's nothing really like this.

Not a fan of diaper stuff, but decided to give this a go anyway.

The story progression is a little slow though, not to mention that every day is super repetitive.

I also wanted to find a way to just give myself a lot of money, so I could just focus on the content, but I couldn't find a way to do that

I think adding a buttplug would make things more interesting, it would allow you to go without a diaper, having the googirl collect it right from your ass instead once it gets fuller, but it would make your belly swell with the goo instead, becoming more prominent and noticeable the longer you postpone her collecting it, and having the plug inside of you will also make you like some backdoor penetration more and more over time, so it's kind of a tradeoff, and maybe worth it so nobody at work will catch you wearing a diaper, although they will comment on your growing belly if you let it become too big.

So yeah, the art is this game's strongest point at the moment, the story is good, but the super slow progression and repetitive days are taking away from that.

I'm not into diapers.....but this one's different.

Once you get the hang of how to advance(you and your goo girl) it's funny.

And: with the end of this version you got me hooked on that cliffhanger!

No Spoiler for you guys!