Change District
by brandygang (10 more by this author)

In the beginning, Kingea was the Technies and Igliqus, with the conflicts of Magic and science. It was a tale as old as time, Yin and Yang asserting dominance over lands. Over time, however, that two became four, with a subsect of each with their own morals and desires, and then that four became five when a new faction arrived, striking aggression into the already tense atmosphere of this world. The Technies divided themselves among the forest Fae and the holy order of The Insurgency. The Igliqud were soon split into a civil war, pitting Jet Junction Junkyard against the Highland Horde. And from those rejecting the ways of the slumbering past, fell into dark sorcery, becoming the Swamp Sirens of the far east. The desire shifted from skirmishes of interest, and set foot down to full blown conversion to the other superior side, whatever was seen fit at the time. Can the races of this land ever be united as one once more?

Change District is a Corruption/Twinning based 3D RPG eroge game. It features different factions competing for supremacy and a fully rendered world to explore with quick stat-based combat to boot. The main transformations featured are Monster TF, twinning and assimilation into various mobs. Not only is having other groups turned and converted into your race the goal, on your travels you run the risk of being converted yourself and just becoming another monster on the map, or even loyal member of the other groups. 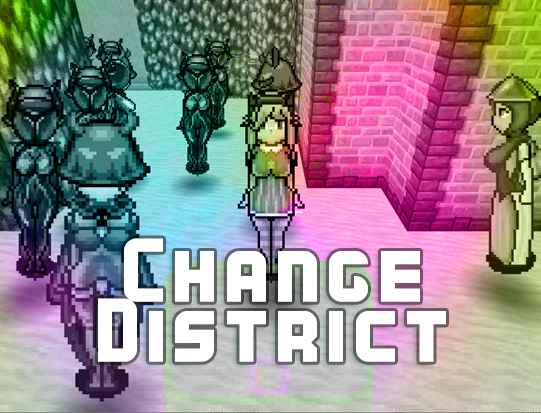 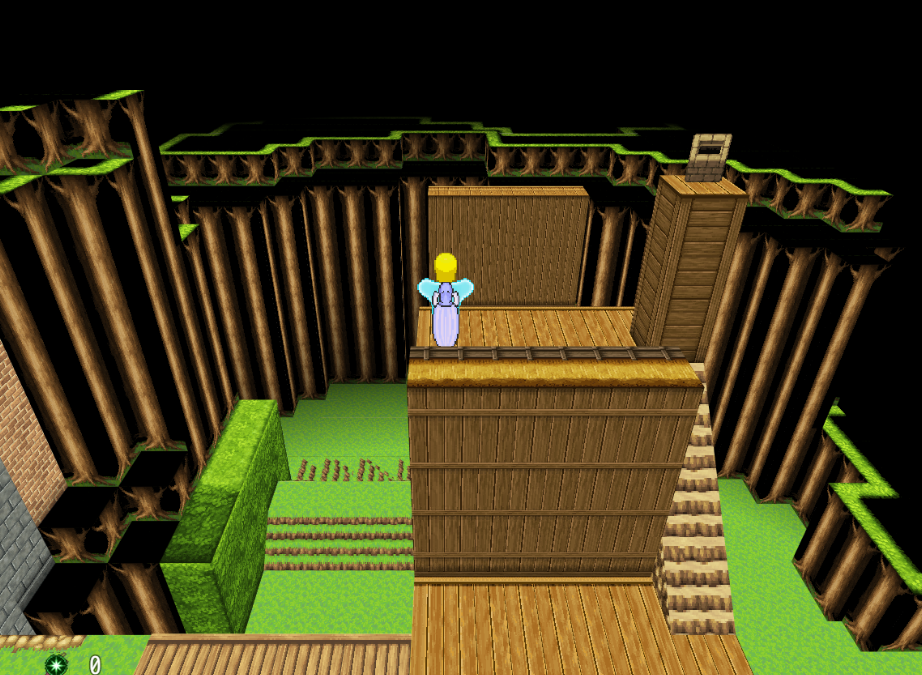 A land of many peoples divided among themselves, you control a faction vying for conformity and supremacy.

V0.0.2 - Added support for party hunting, equipment and stats, the Insurgency camp and featured it around a Monster hunting demoquest.

V0.0.1 - Original demo, featured the Fae Camp and a few maps after.

I dont think the author play tested this before releasing it, some areas are impossible to see in because of the camera

Having played through the demo, there are a few things that stand out as needing major improvement.

First, although I respect the effort at trying something new, the 3D camera does a lot more harm than good in this game.  I spent more time fighting the camera than I did fighting the demo's final boss, often ending up in walls or hiding my character behind trees and buildings.  Taking a top down view doesn't help much either, as you end up unable to see most of the other items in the game, and NPCs lose their heads - literally!

Second, the combat.  Basing fights entirely on RNG is a very dangerous system.  The "battles" in this demo are determined entirely automatically; no player input allowed.  No strategy, no challenge, no thrill.  Just sit back and hope you're not going to die this time.

There are a few other things I can pick at, certainly, but these two stand out as the major issues this game faces.  The concept itself is enjoyable enough, and with some effort and good writing, it could go far.  But the two issues above cut deeply into what fun the game could be.