Damsels of Vice
by SubSupreme (3 more by this author)

Take turn-based combat to the next level with special Action Sequences! These are special button prompts that accommodate most enemy attacks. Press the correct arrow key fast enough to lessen or avoid incoming attacks and mischievous extra effects. Be warned, however, because true villains cheat! Some enemy skills will punish you for succeeding and reward you for failing.

Power Up! Your heroines level the way YOU want them to with the dynamic skill system. Use extra Lewda earned from combat and treasure chests to give Bondgetta and Heatstroke access to new skills, powerful passives and extra stat points throughout their journey! With all of the tricky villains and hidden traps, they will need all of the help they can get.

Esc or X Key - Cancel or Menu (Outside of Battle)

The evil villian, Dr. Adelle "Ada" Vice, has hatched her most evil scheme yet! Through a process called "Bimbosis" she plans to take over the city once and for all! What does this "bimbosis" do? It turns everyone affected by it into giggly, jiggly bimbo servants. Our heroines attempt to thwart her evil scheme, but fall under bimbosis themselves! Now they must try and track her down and capture her before Dr. Vice can complete her plan and turn everyone into her unstoppable army. And they must do it while trying to avoid becoming bimbos themselves! 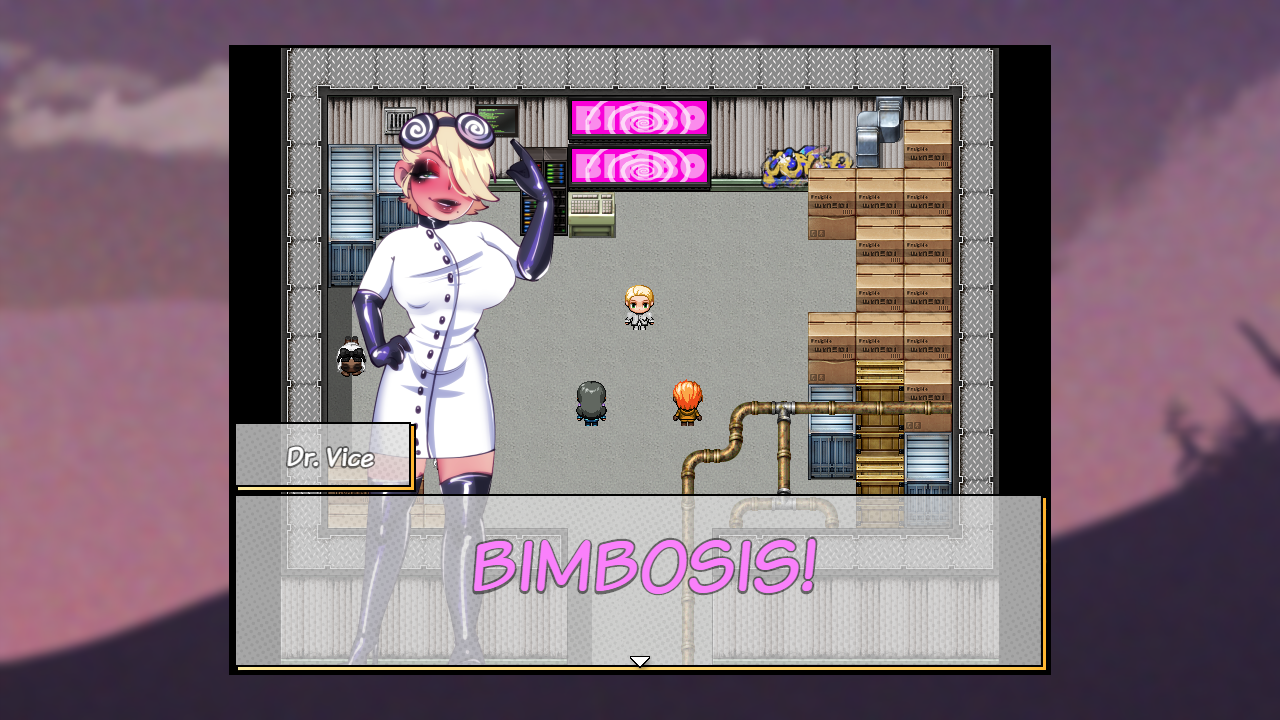 Bondgetta - Playable superheroine #1 with a brooding past and strange hair that's actually some sort of otherworldly parasite!

Dr. Adelle "Ada" Vice - The villain of this story. A super evil, super genius who has a bone to pick with our heroines and a desire to turn everyone into her loyal bimbo servants.

Tess Maverick - The chief of police and confidant of our heroines. She's a hardass with a harder fist.

Donna - The boss of the criminal organization known as OKRA. She's very serious about keeping up appearances and keeping her business running.

Travel through each of the four zones, defeating a boss to unlock the next. Follow the story and you shouldn't have any issues. If you get stuck or need help, please post of the forums or join the developer discord.

I like the Peril system. For a paid game though I wish that it had a few more images to represent the different stages of peril.

Some mechanics aren't fully fleshed out in that enemies will use skills that are non-relevant for attacks (using a secondary binding attack when it won't stack with the primary on the person) which make it easier on the player, at least until it gets patched.

Worth the price of admission.