Of Birds and Bees
by DiscipleOfVirginia

Once upon a time, in the Great Plains, there sleeped a great wasp. In her box, made of titanium.

Ever read Lovecraft and thought to yourself: "Oh boy, if this was just more naughty, and had thicc women in it"? Well, then I got the story for you. Solve the mystery surrounding the box in the basement alongside Melanie's imaginary friend, Mr Bumblebee. The horror stalking Melanie in real life and in her dreams is taking a toll on her, maybe some people will take advantage of that. Maybe not, as that is completely up to you.

These are the transformation elements/tags as it pertains to my game: Bimbofication, Male to Female tranformation, Lesbification and Corruption

(The version on my Patreon is v0.5 and includes 1-2 hours more of content) 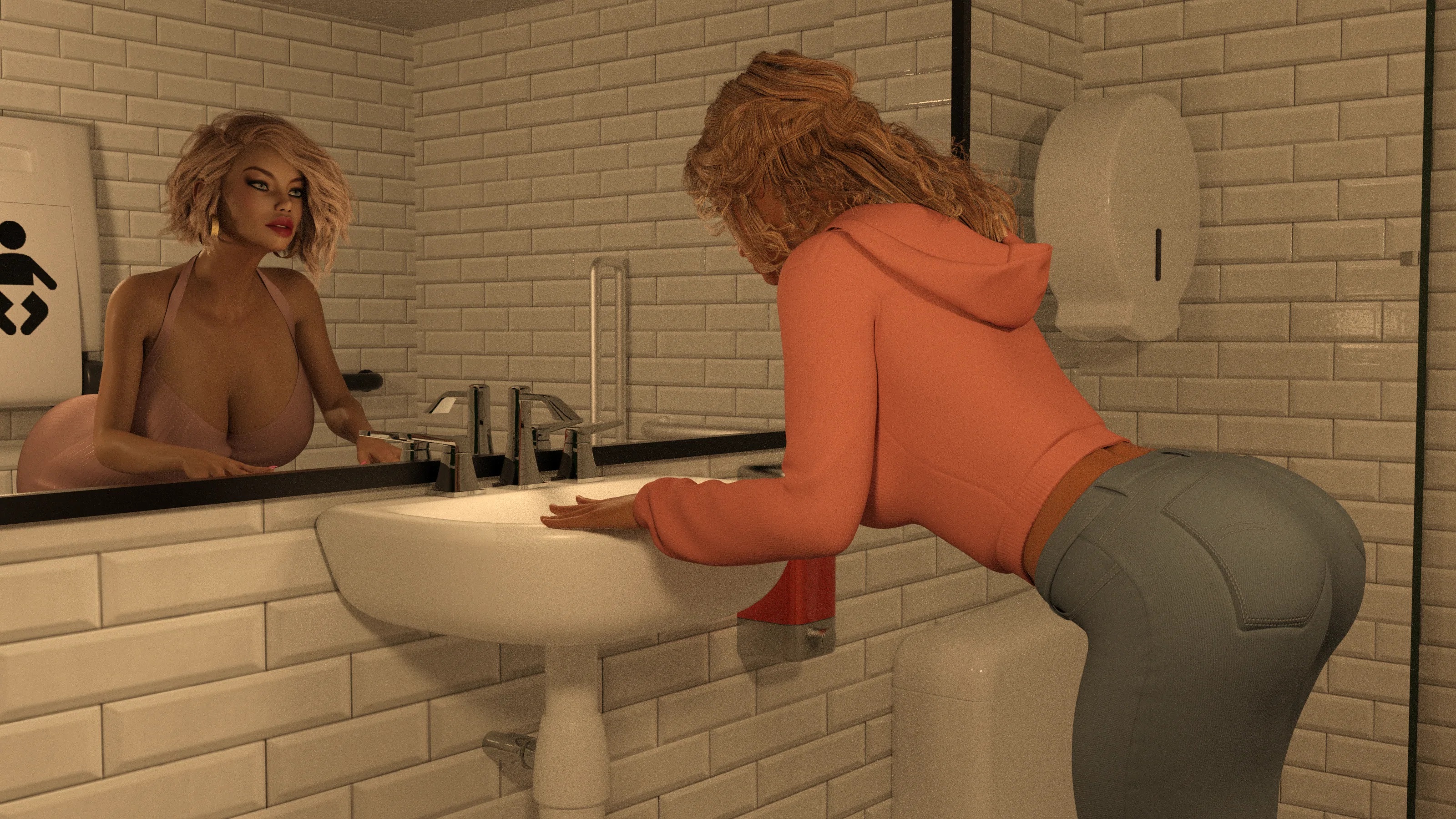 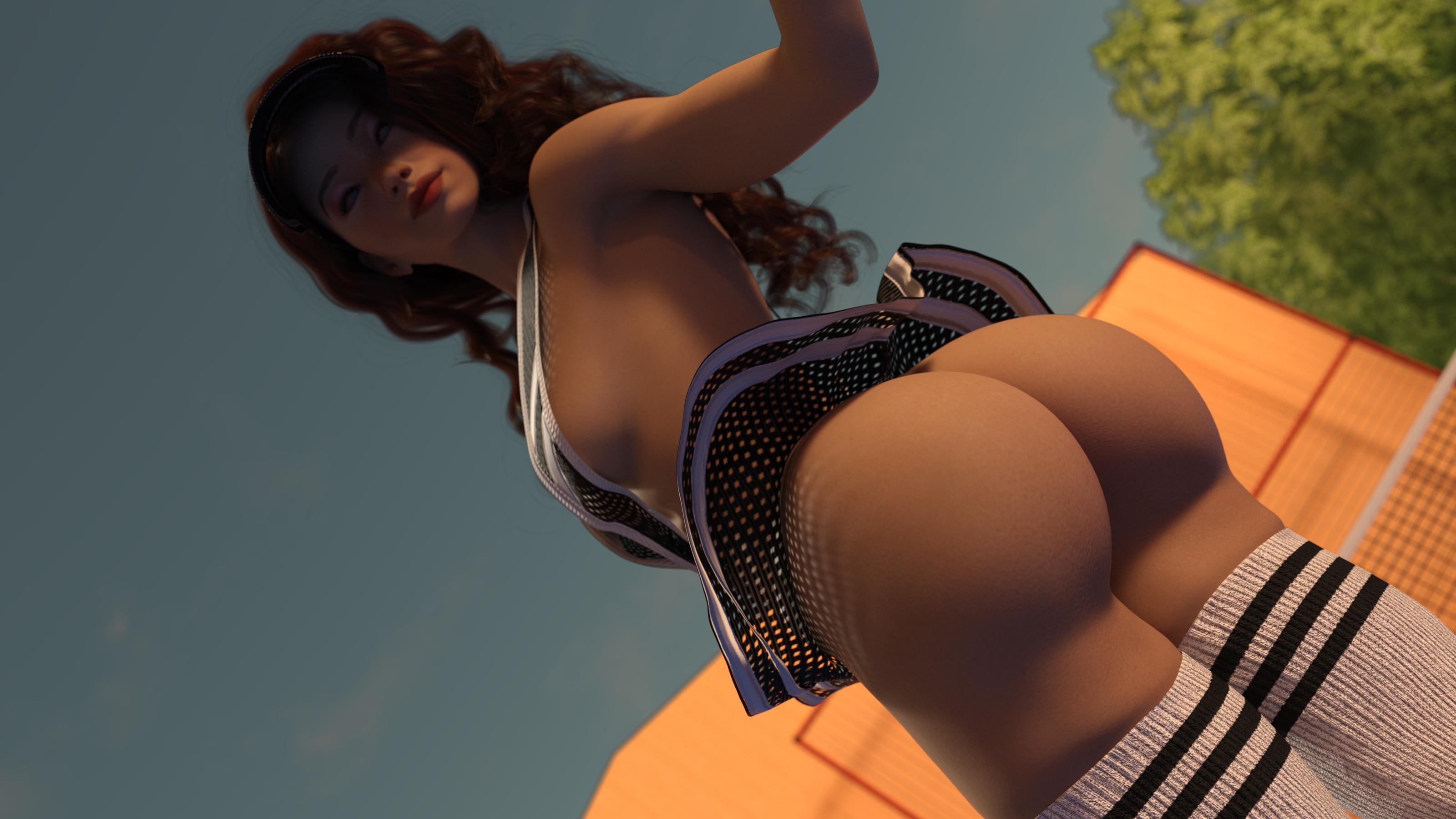 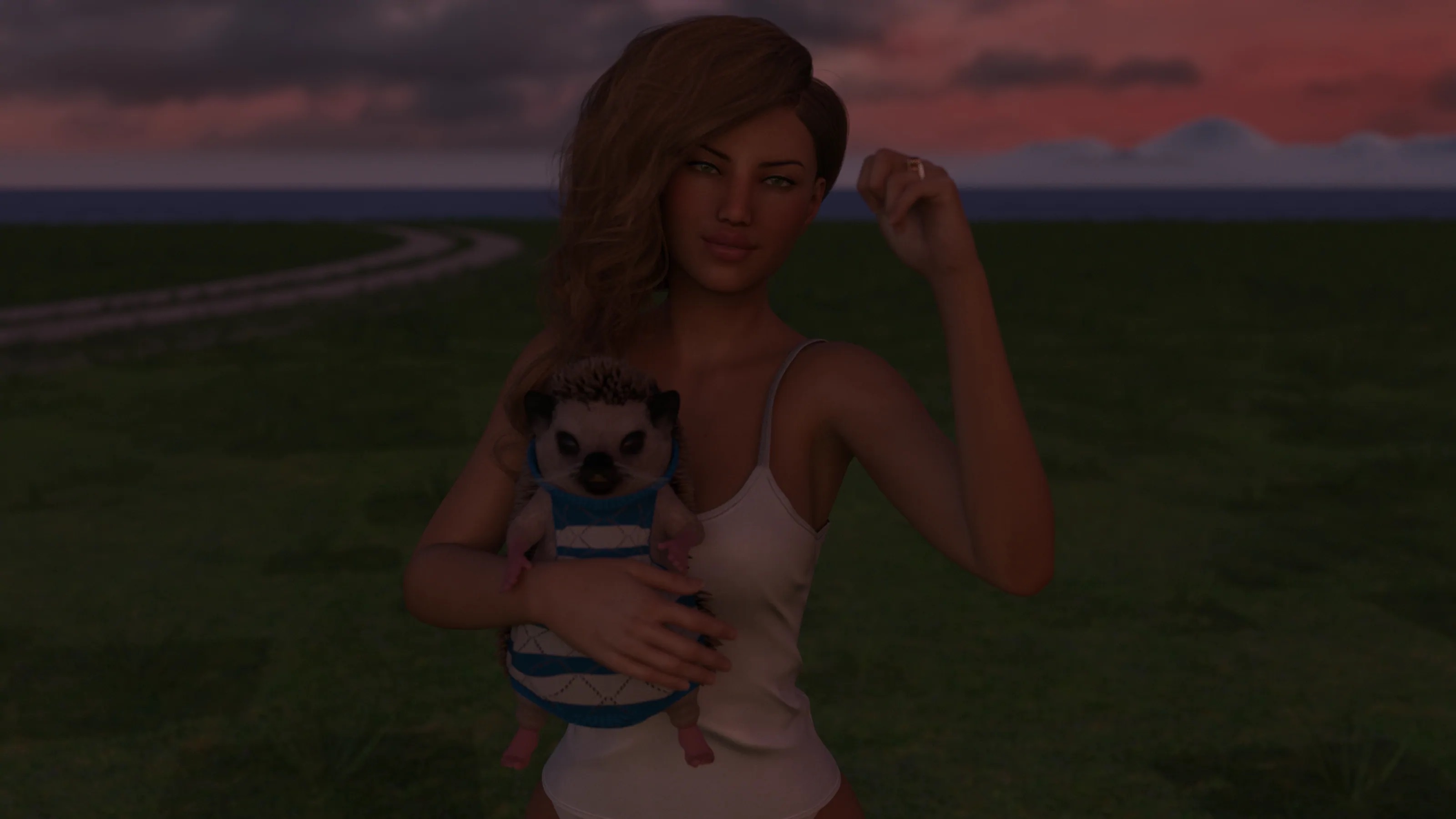 Graphics used in the game are great and mostly fit the scene well. Sounds for the game are alright with an appropriately creepy horror tune on repeat. Transformation in this current release is slim; you see some dream sequences but the real world hasn't hit much of it yet. Interactivity in the game is almost zero: this is a purest visual novel and the interactive decision points are a LONG way between each other (I actually checked on my second playthrough by using the Skip button with Ren'Py to see how much was burned through before getting to a choice). Writing for the game is mixed: you get drawn into the story with a very slow horror burn, but as you learn more about the main character, supporting characters and tertiary characters you might find yourself struggling to invest in what you are experiencing.

And that hits on the core of what I experienced with this game's current release: I did not care what happened to these people. And for a pure visual novel with so few interactive decision points in the game so far, that's almost fatal for audience appreciation. I was honestly bored by the point that the game hit its release end point and took me back to the title screen.

This was a tough one for me to review because my bias as a horror fan was on my mind the entire time. If you play this you may find yourself enjoying the laid back way the visual novel leads you through the tale, but you equally may also find yourself despising the characters and wishing the horror to begin so they can all be put to the sword.

Worth checking out at least once.

***** Five out of Five stars from the Amercan Tobacco Industry!!!

The game is very much like Autumn Boulevard by the same creater, but with 10 times the smoking. Even personal fitness trainers light up with the smallest temptation. At one point Amy, the MC's sister, is in the park with friends and she has a drink in one hand, a cigarette between her teeth, and another lit cigarette in the other hand. Certainly, people can have discussions and conversations without smoking. People in RL, where non-smokers are the vast majority, talk without lighting up all the time.

Still a lot of spelling and grammar issues. It's early, I am sure those will get cleaned up. I am wondering why the one military officer is in uniform and the characters whom she calls, "Private" are in civilian clothes....always in civvies despite the research taking place on a military base. This is odd. Are Trey and Leon private, civilian contractors? If so, their title is Mister, not Private. If they are military, at least put them in lab coats. Also it is extremely doubtful anyone would be court-martialed for following government hiring policy, or was that just another excuse for someone to start smoking?

I do like the slow build in suspense. The MC, Melanie, is a lot more attractive than Sylvessa from Autumn Boulevard. Randy old fat men are fatter and uglier. Randy old men are older and stringier, and the regular guys are hunkier. Nice graphics and the mood is well-maintained, but that could be the result of so much haze from the cigarette smoke.

Opening with a Coldplay quote is an odd choice for an even odder horror game.

If you like your proportions preposterous and your mysterious airs even bigger, this might just be the game for you. Fair warning though, while the setting is realistic in some areas, you will need to bring a healthy dose of disbelief suspension when you sit down to play. Relatedly, while it is noticeable that considerable effort went into much of the audio & visuals, some textures may have either been placeholders or else broken in the version I played.

It's still pretty early in development, so many of the listed TF themes are nascent and nearly all the sexy scenes are confined to the realm of fantasy daydreams — not to mention from the perspective of supporting characters, mind you. Submissives will be wet with anticipation as they get a peek at these filthy thoughts. And denial/control enthusiasts will similarly ache as we see the countdown to depravity commence right before our initial taste ends simultaneously with the current content. Of particular note are recurrent maid and age disparity themes — in addition to the listed bimbo & M2F ones — and multiple Tolkien jokes at this time.

As it stands now, it looks like there are three characters who will be open for (¿ambiguously? self-)corruption routes of various flavors. Unlike unspeakable eldritch horrors, your choices and the available character paths are tightly bound. Furthermore, we only get hints at the details of what these will entail at this point.

What is instead more immediately noticeable are the unabashed, rapid perspective & scene changes — which feature prominently alongside some omniscient exposition as the author sets the stakes. While somewhat jarring, the shifts do seem to breathe more life into the world than might otherwise be imparted if the author were to focus solely on a single character — as some other titles that players might be apt to compare Of Birds and Bees to opt for as the alternative. Along the same lines, a large majority of the cast appear to be written with depth and feel more alive than their rendered models might suggest.

The game falls solidly into the suspense subgenre rather than traditional horror, although gore and shock feature occasionally. Given the stated influences, be prepared for overdark scenes that will require you to crank your gamma in order to create any amount of perceptible distinction and — perhaps more importantly, given the inexcusable lack of content warnings — content dealing with degraded sanity and cognitive issues. Additionally, there is (interrupted) use of the 'r'-word from a character for whom — to my recollection — the audience has no reason to suspect of ill intent or deeds.

Overall, a raw and dark start to a night sky glimmering with speckles of endless potential woven throughout. Keeping a hopeful eye on this equally worrying and refreshing entry from Disciple of Virginia.

The story has slow buildup but starts to create quite not bad of an atmosphere. So far in this version

there is little to no transformation, only hints of what will come, but it seems very promising.

The story might be linear so far, but with additional updates there can be some very interesting endings

Also I like the horror aspect in this game. Really something I haven't seen in many games and here it actually

works well to build up some curiosity of what might come.