There's just some unlockable additional content (and early access) if you support us, which due to TGFS rules means the game is flagged as costing $20. Go figure.

Join our community on Discord at: https://discord.gg/shamegames

Visit trapquest.com for news, changelogs, and to download the most recent public version of the game.

The primary type of transformation in the game is 'bimbofication', a bimbo being a superficial person whose appearance, attire and behaviour is overtly sexually provocative. You can choose to play as male or female; for a male character this transformation can include sexual reorientation and/or actual biological transformation into a woman (depending on your game options selections) and will always include feminization, including the wearing of highly feminine and revealing clothing.

Other transformation content that can be enabled/disabled includes but is not limited to:

The game is built around a robust set of game mechanics that we’ve been working with the player community over 8 years (and counting) to perfect and balance, including:

The level layouts, crafting recipes, and loot selection and enchantments are randomized in every playthrough, making the game infinitely replayable. Playthroughs typically last between 1 and 5 hours, but your first run will take a long time as you get used to everything.

The game is designed to be very difficult. While it’s possible for your character to successfully reach the exit as the same person they were when they started, in practice this never happens. The game is designed to overwhelm and disempower you, and punish you for the compromising choices you’ve had to make. The object is to, through its mechanics, immerse you in your character's feelings of submission. This is not a game that you’re supposed to win; it’s a game that’s supposed to beat you and make that experience enjoyable.

"Ignore all that, the game is easy and completely safe! Come and play!" 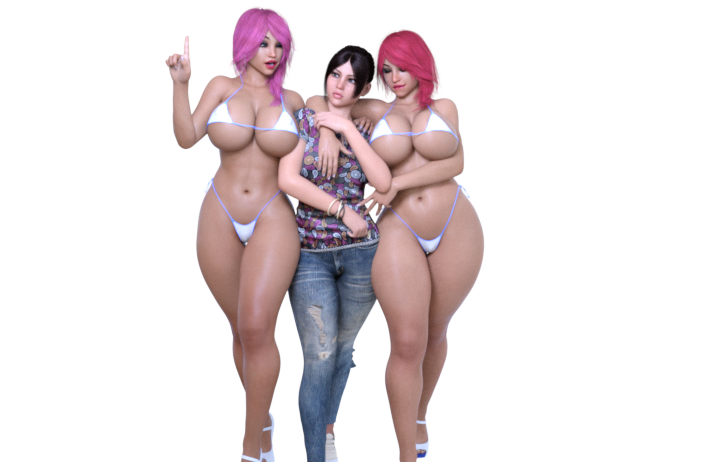 For frequent updates on development, go to our Official Twitter page.

Check out the wiki: http://trapquest.com/wiki/index.php?title=Main_Page

Oh my god!  i absolutely loved this game.  Can't wait to play more.

This is one of my favorite game on this site because not only does it have a hige variety of togglable fetish but also It has a huge replay value. I feel like everytime I open trapquest I get a different result sometime I trigger the lever by mistake sometimes I get bondaged into oblivion and other time I get through it.

Haven't actually played this release yet, though this is one of the most enduring games on the site and it just keeps growing. In response to Ranma who is having trouble with the launcher due to AV false flagging, you don't have to use the launcher to play the game, click the link that goes to trapquest.com rather than area57 and download the game file from there, then open it with either WinGit or Gluxe - Inform7 game readers that can also be downloaded from the trapquest.com page. I've played previous versions both ways, the main advantage of the launcher is that it checks for updates automatically.

Thank you for the continued excellence Aika,

I want to say I really like this game. I used to play it during its earlier iterations. But with this latest launcher I haven't been able to get it past my virus protection filters. I'm not saying this has a virus attached to it, just that my cpu thinks that it does. Keep up the great work, I am glad to see this game is still around.

The game play is good. I mean it's a sandbox so some repitition is expected, but it doesn't get old.

I only have 2 complaints. I actually got stuck on the turtorial and found it faster to get into the game by just jumping into it. The ability to skip parts of the tutorial would be benefical. My second complaint is more a matter of personal choice. M2F transformation is more my jam. I appreciate sissification and feminization content if it leads to M2F transformation but as best as I can tell from looking it up online, actual F2M transformation doesn't actually come until nearly the end of the game. it would be nice to see an earlier method of becoming female. Otherwise I love the game and am going to try to play it through a few times