Unyielding is transformation based RPG game.  I want it to feel like a tabletop RPG, with a living and interesting world.  Choices should always matter.

The project will be updating every other Wednesday. 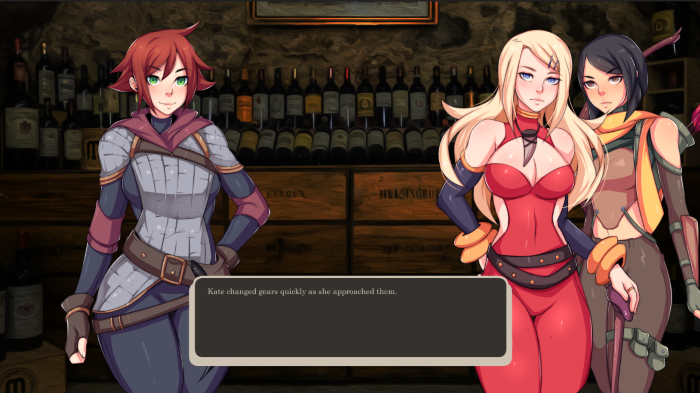 OH WHAT UP UNYIELDING IS ON STEEEEEEAAAAM! Please, if you've enjoyed the game, please add it to your wish list.
https://store.steampowered.com/app/1381070/Unyielding/ 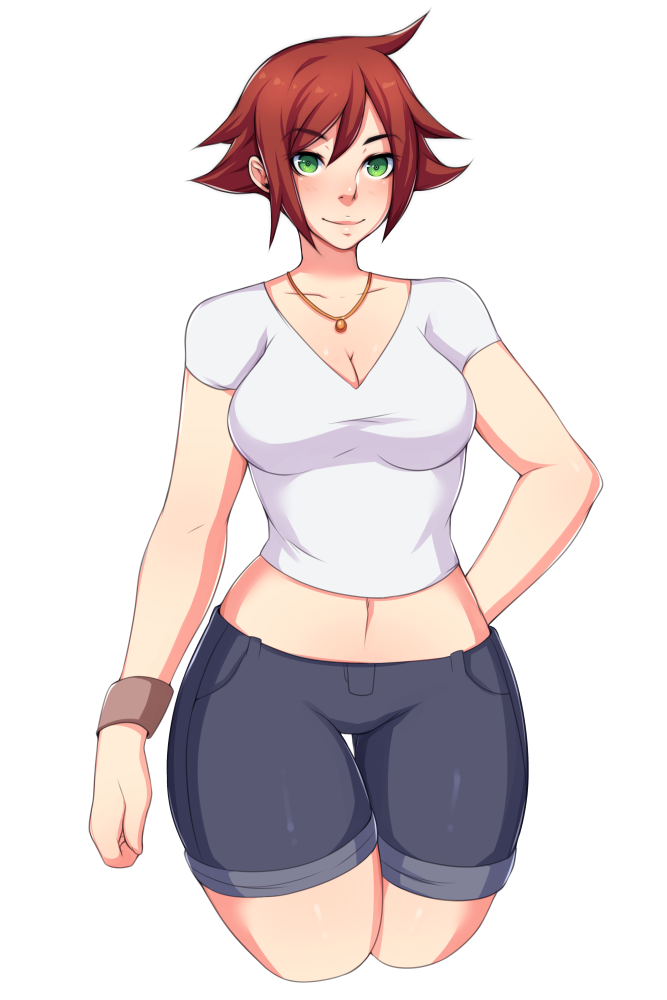 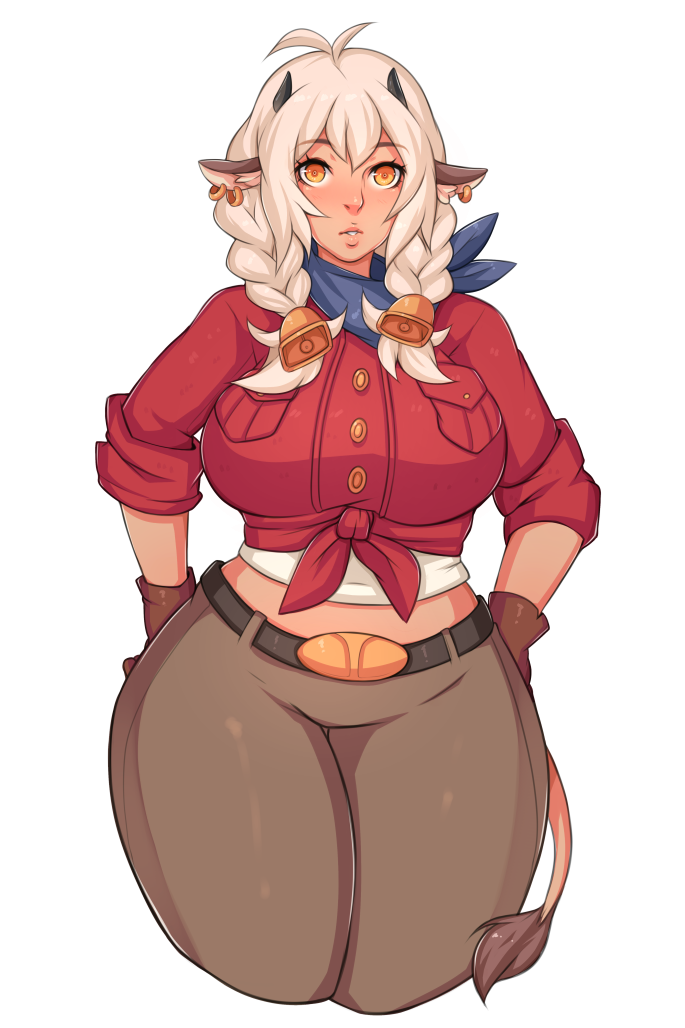 Catelly was a man, until he was cursed by a wizard trying to obtain immortality.  Catelly happened to be a hardened mercenary before the curse, and refuses to lose to it.

0.2.8.1
Added Retirement Party
Added Leave for Sandy
Added some of the missing black haircuts for Catelly.

Added another set of advancement icons

Added Water Lizette (complete downturn and have be in holstaur form)

Added Revisit The Past

Arted items (and reenabled them)

Added The Fence (Downturn celebration, have Mack unlocked)(Check both routes)

Added a drawn image in Twins

Added a drawn image in Mack and Catelly rest scene

*Fixed the gray blob in combat

Added a drawn image in The Interview

0.1.17
Added another route to Spy With Lizette (The long awaited transformation)
Added the story to Downturn River
Reworked Fray in combat
Buffed Fhan in combat
Buffed Danica in combat
Many quality of life improvements in combat
Started the adventure UI rework
Added two drawn images in the Downturn rest event for Mack and Fhan
Added a drawn image to pay with sex (for blackfire)
Added a drawn image to study with with blackfire
Added 2 long haircuts for Danica.
Added the library (it's on the main menu)

Added Check Up On Lizette
Added Spy With Lizette (2 bad ends)
Added a drawn picture to the Brandy and Danica rest scene
Added the messy bun hair style for Catelly
Fixed a bunch of face and hair bugs
Redid the Heart of the Woods Downturn fight
Fixed many bugs in Downturn
Changed the portrait for Kate, Nel, Daud, and Lena

0.1.14
Fixed the supply bug
Added 7 new scene Downturn rest scenes (Make sure to have brandy and mack before resting!)
Added a drawn image to Take a Bath (losing branch)
Added transformation options to the causal portraits

0.1.12.6
Added Training (from more training)
Added The Necklace, The Threat, and The Trip To Sena (from Gwyn and Lucy)
Added the story to Downturn Forest
Added the story to Downturn Farm 3
Added a new drawn image to the Carnival
Redid the landing screen
Added a song to the landing screen
Redid the save/load slot system to tell the player more
Added a hint page to the menu
Changed Unyeidling’s icon
Fixed SO many bugs

0.1.11.4
Added a drawn image to Carnival 1
Added Gwyn and Lucy 1 and 2(It's available after Meet Latte)
Added Report to Kate (win the fight with the Fleshcrafter, but with Blackfire having been defeated)
Added The Reward (contains a "bad end")(From beating the Fleshcrafter with Blackfire still up)
Added Downturn Bandit battle
The gallery now works based on your profile, not your save.  Seeing a picture once unlocks it forever
Redid the tin mines battle
Redid the mist monster battle
Combat can now be turned on or off anytime
A ton of editing and bug fixes.

0.1.8.1
The downturn adventure got its art
Added the last drawn sex scene to Blackfire's first sex scene
Added a new display system for the drawn sex scenes
Added Return (Found at the end of the Blackfire quest line)
Added Realize
Added Seek Help
Added Meet up
Added Downturn Apothecary
Added Downturn Glade
Added a 2 new rest scenes that have no requirements
Added the deer transformation options to the appearance setter
Finished the missing spell on Fray
Finished Fhan and her spells
Rebalanced sparks.  Catelly is now death, ender of worlds.
Added Brandy
Added Brandy's intro fight
Added tooltips to the character grid UI to explain when they refresh
Added a tooltip to the rest options
If Brandy is unlocked, click on her name on the adventure screen and then someone else to swap her into the combat party

0.1.5
Added a drawn scene in Head Out
The Fleshcrafter got her portrait
Catelly has facial expressions in a few scenes
Better android support (Still very bare bones.  More to come)
The Setback (next part of the Head Out line)

0.23
The saving bug should be fixed
Started the change to the new UI
Added the gallery

0.16
Added Meet Latte
Added a drawn image in "More Drinks With Danica"
Added a simple explanation for the combat minigame

0.12
Fixed the issue where various parts of Catelly (and another unreleased character) were fading very poorly.
Fixed where outlines weren't fading with the speaker
Fixed More Drinks with Danica so it didn't add a copy of The Vial to town every time someone spoke.
Made it more clear in The Vial that the cat transform isn't permanent.
Catelly's outline was super broken once you got the larger breasts transformation.
Fixed the portraits so the bottom of their legs don't clip into nothing.
Fixed resolution support? Can it ever really be fixed? I'm sure someone has a resolution on some monitor form 1999 that I didn't think about.
You can no longer save in a scene. Town only. You can load anywhere still though.

I liked this game, though I didn't fancy the combat so I had that turned off, since I was playing more for the story and the X scenes.

So, story, well, it's there. The primary motivation is to get your male body back, but it seems that the continued acts of debauchery that leave the MC cock-dumb have no significant transformative effects on Cat's personality. I think the only meaningful asides I've seen is the Duad romancing, where the MC remarks that their tastes perhaps are changing or that they might be falling for someone. Anyway, I think that the story is there, the cow storyline or Holstaur as they are called in-game is pretty funny, you should consider trying that branch. So, I kinda dig it. The few sex scenes in between are a nifty bonus. It's not particularly tittilating due to the limited artwork, but the textual descriptions are rather verbose, so it can still get you in the mood.

Alrighty you wankers, go play this game. If you do like RPG/teambuilding elements, leave the combat on. I'm just someone with too little time and too many games to play, so to optimize my experience, I left combat off for less grinding, but I'm sure it's fun, involved, and interesting.

Oh, before I forget, I do love the ability to change the appearance, but it doesn't seem to be reflected in the various X scenes, pls fix.

The creator mentions in the beginning of the game that choices should matter.  The game has a ton of content, but in the first half of the game, you are offered a lot of choices...that don't matter.  At all, outside of possible cosmetic changes.  In the second half, next to know choices at all. And the ones you DO get, mean little to nothing.  It seems the creator started out with a huge amount of inspiration and desire to deliver a great RPG experience.  Playing the game, it seems to me that they lost all inspiration and desire.  And are only working on the game to say they, "completed it,"  Nothing you do in this game contributes to the story outside of NPC's commenting on your state.  That is not an RPG.  That is not a choice based game.  That is an illusion.  In the grand scheme of RPG games, this is NOT a Fallout: New Vegas sort of RPG, where choices actually make a difference.  It's a Fallout 4, a game with the illusion of choice and nothing actually means anything.

This is incredible! There's so much content, really hot scenes, and a protaganist who endures all sorts of fetishy happenings while keeping themselves focused on their goals. This is definitely one of the best games on this site!

This is quite good. I did not expect to be so interested in the plot of something I found on TFgames but this has me quite intrigued.

Actually version 0.3.22.  I purchased it off of Steam to reward all your hard work.  You've done a great job so far.  Still have a ways to go.

Hoping for the future:

2) still a good many typos.  I didn't see any misspellings that would flag a spell checker.  However, I noticed a number of minor typos such as substituting "is" instead of "it".  None of them do much to harm the story.  Still good to eliminate them all.

3) Need to add a lot of art work.  The story would be greatly enhanced by having more artwork that went along with the particular story branches.  Also, sometimes the main character artwork needs to change to reflect the story.  For instance, when Lizette steals the armor, Catelly's armor should be missing.  In addition if you change the default appearance, it doesn't update the artwork in the various pop-up images.

4) More branches with dependencies.  One of your stated main goals was to make choices matter.  I'd like to see sub plots make other sub plots no longer playable to give more of that feel that what you choose will change the story.  I'm on my 2nd play through so I know of a couple of choices that will end the game or cause major changes, but not many.

Overall I'm happy with what you've done so far though.  That's why I plunked down the $10.  I think it worth rewarding your efforts.