Mythic Manor is an adult interactive visual novel game where you can delve deep into your fantasies and experience the day-to-day life of sharing a manor with five beautiful “mythic girls”.

Spend time and build relationships with the characters you prefer in currently over 250 unique character events and special hidden events. 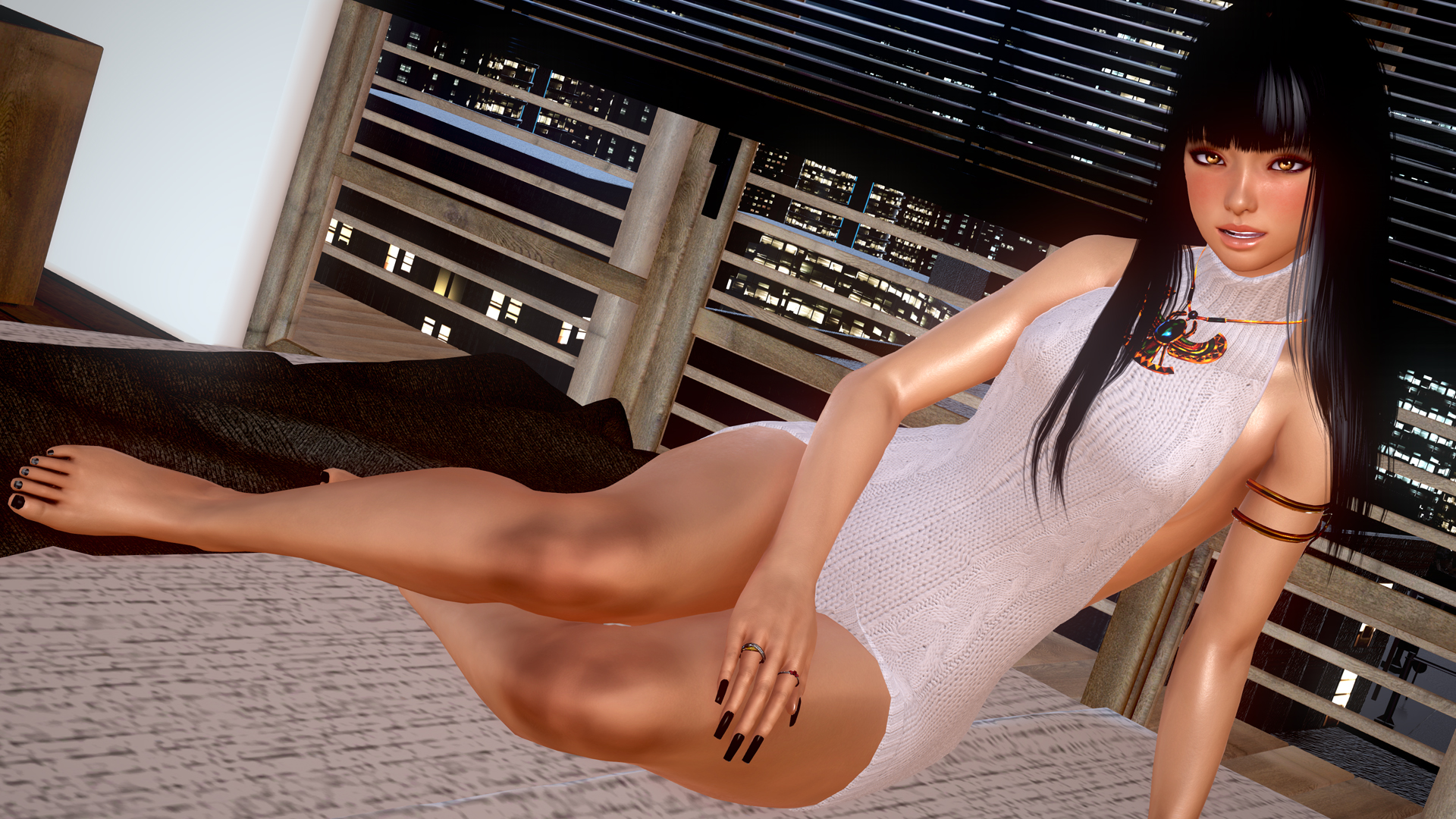 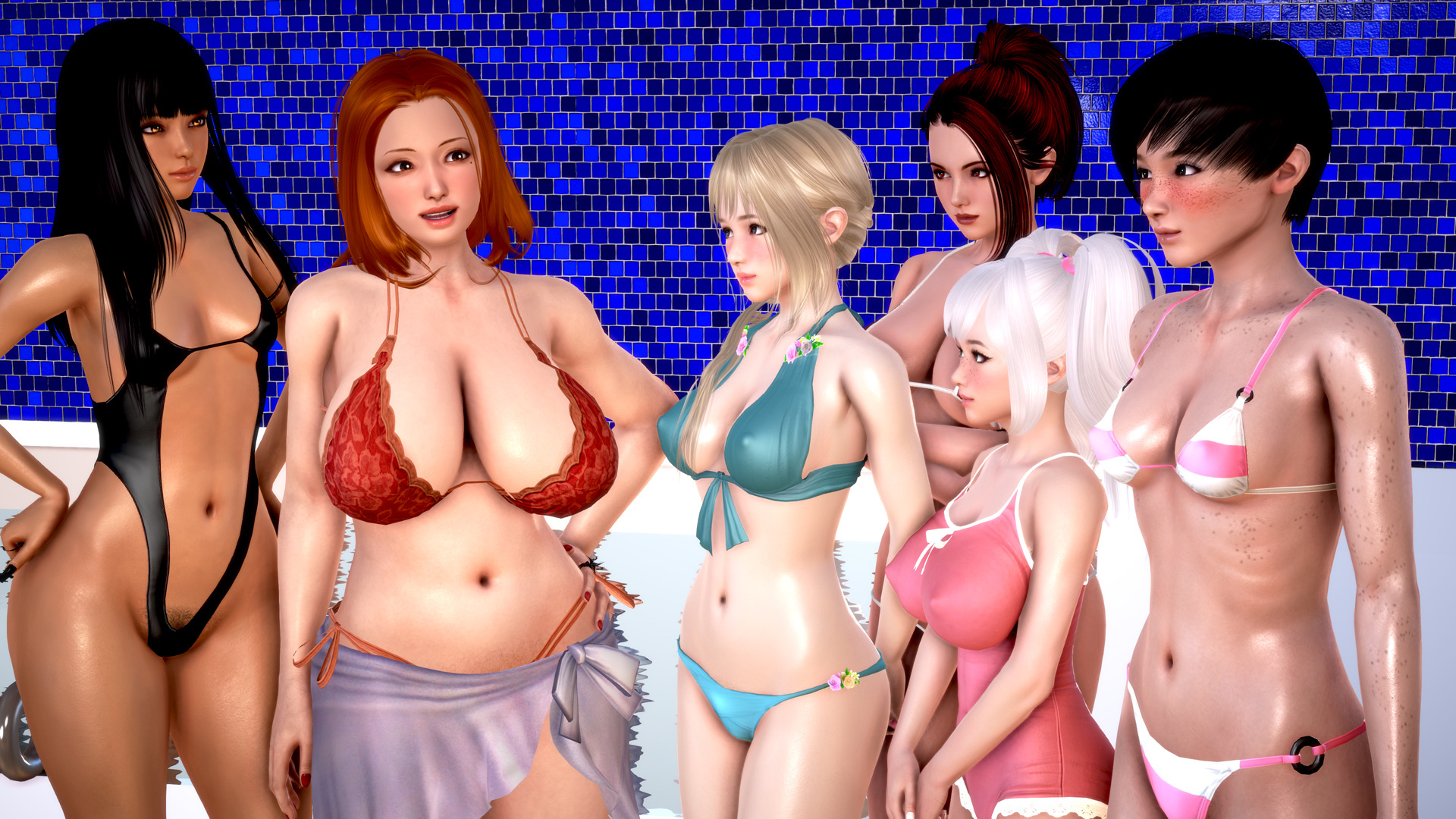 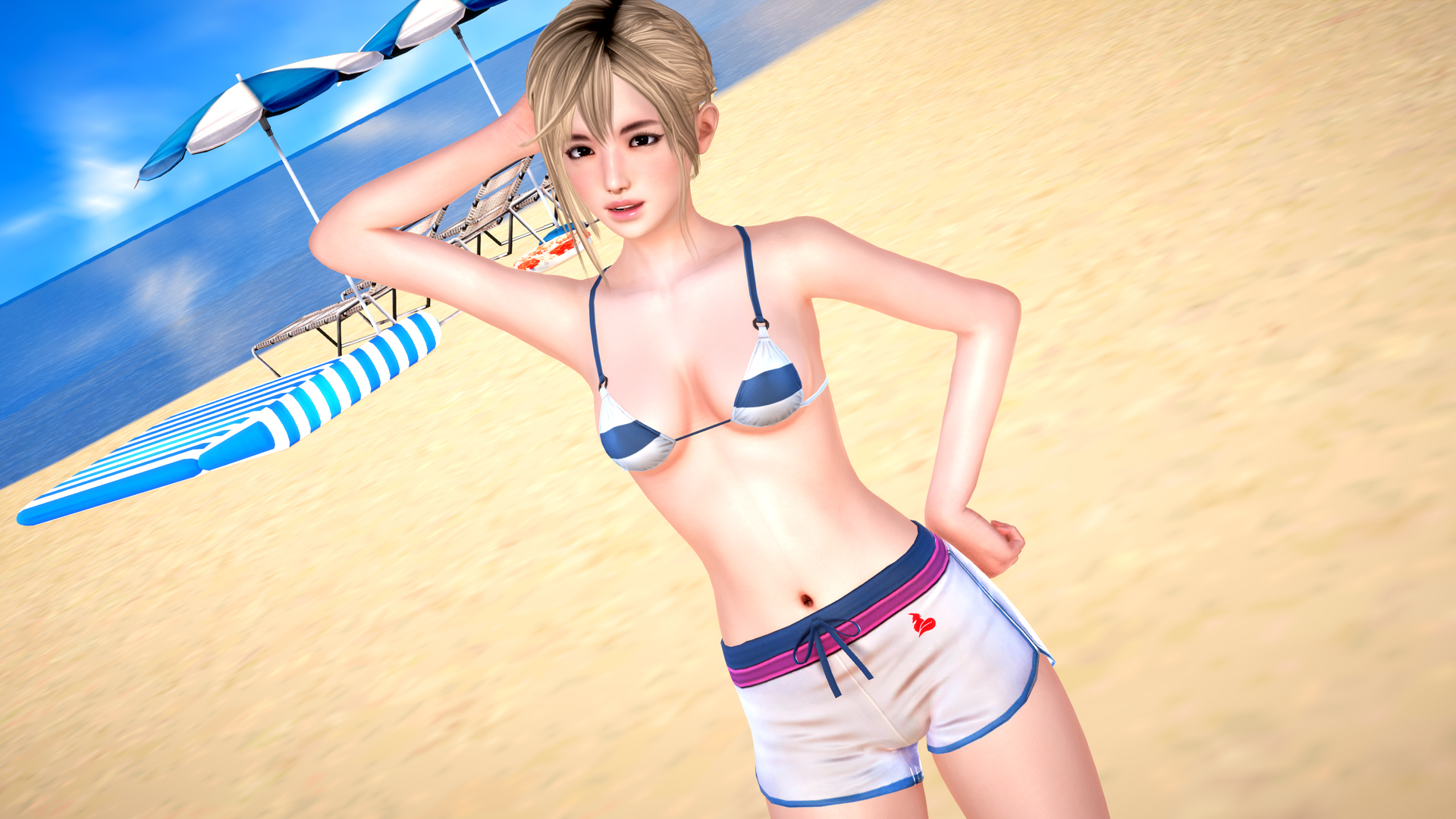 Esther - Phoenix
A friend of your mother/family and the owner of the manor you're moving into.

Naira - Water Nymph
The friendly, shy girl who works at the local cafe.

Velle - Ram Demon
The lustful, dominative girl who often shows her demonic side.

Jade - Canine
The homeless tomboy-ish girl who frequents the park.

Plus many other side characters!

Music and sound effects for the entire game!

Lots of repeatable events!  (more events are unlocked as you level up the girls) These are accessible in the girls’ rooms (day/night), some work places (noon), pool, late at night in your room, etc.

This is a harem building game. The mythics in the title are magical creatures that look human but have magical abilities and that can include TF. This really does tick a lot of boxes as it looks fine, the UI is simple, there's just enough game to keep you interested without it being in any way taxing, the characters are good, plenty of sexiness, there's a lot of content, but it is a harem game.

Gotta admit, there's a big part of me that got misled by some of the other reviews stating that there was a bunch of lesbian content in this one, and while that ain't the game's fault, I won't deny that that same big part of me would like the option to play as a chick instead.

It's a good game. Despite being, at the end of the day, what is essentially a porn VN/point-and-click, I found myself being surprised at some of the wholesomeness contained in a number of the readable events, if you're willing to look past the raw perversion confronting you at every turn (most of which is pretty stimulating, I'd say). Of course, that may have been just the way I personally played, but I was still pretty impressed with both the breadth of content and the actual differences that your dialogue choices can make from scene to scene. Other games wouldn't bother to render alternate CGs for different choices, but it's sometimes the little things that make the difference, and I'd say Mythic Manor went that proper extra mile there. Likewise, it's nice to find a game here that actually has a significant length of content to play through, and while there's not so much of a main story to speak of, I would say it decided to use that effort to instead make a nice, meaty collection of different relationship events to go through with each girl, which is what the game really should be about anyway.

Also, props for actually having a decent UI that doesn't absolutely blow. While games don't ride or die on their UI, it's refreshing to find a game with an actually unobtrusive layout for once.

Anyway, some cute girls and fun times to be had; I recommend romancing the fawn girl Fanora with the big titties.

I love this game. I have followed it for quite a while now and it just keeps getting better.

I especially love the introduction of Jade and hope to see more of her. The small storylines of other girls are very fun as well

Overall pretty good and worth playing if the genre of games like this is what you're into. Has a lot of random lesbian stuff which I'm not fond of, but it's not the focus of the game. Be prepared to do a lot of backtracking and clicking around trying to make sense of the clues. Certain things seem to be there purely to pad out the game, which is immensely irritating from a player's perspective. Other things have been introduced into the game but don't go anywhere (since the game hasn't been updated to finish those quest lines) which would be fine if the walkthrough was public or it was obvious that you were wasting time on a side quest, but it's not so you can get confused and end up lost because the way to progress is rarely obvious and the clues are shockingly unhelpful at times. It's also hard to tell which quest lines are missing things and which are not. It's also as far as I can tell impossible to finish a few of the lines (for example, Naira has something in her room you need to find, but the only thing in her room I haven't found is the password to her container and its impossible to turn her computer on)

So I'd say it needs work and maybe a message of "You've completed this storyline for now, follow on patreon for the new version and update" in certain place, but other than that it's quite good other than its tendency to give the characters ridiculously large boobs.

my favorite game i love this game