Downloads
Kings of the Changing Lands
by KingsOChange_Team 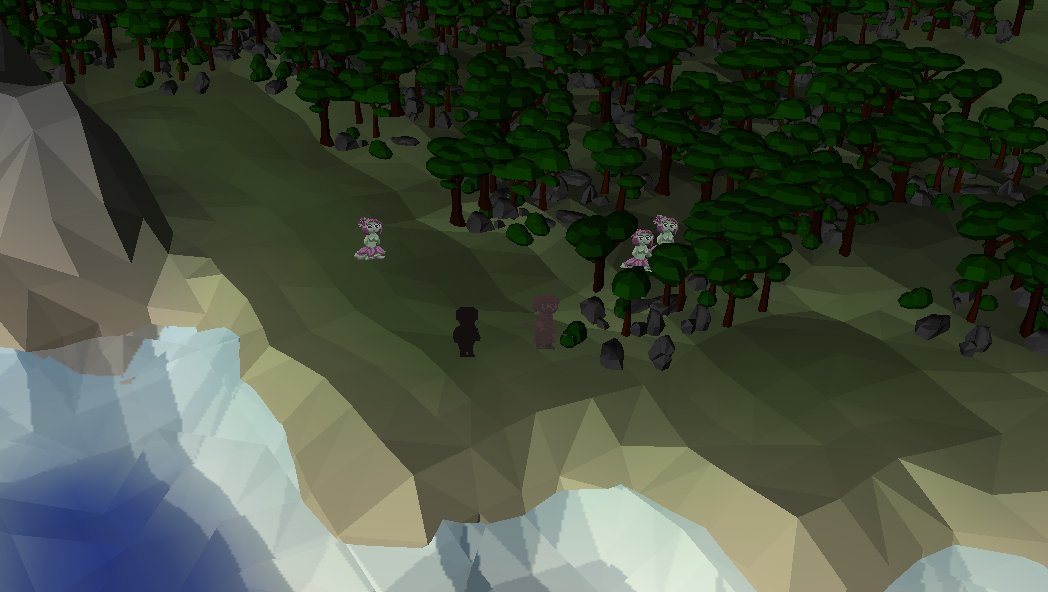 Kings of the Changing Lands is a game, built around building and exploration.

You involuntarily travel to the island Undyrhaim, where a man, only known as the Chief, leads a war against a race of plant girls. He claims, that they are assaulting the islands human population to turn their women into their kin.

Which side will you choose and how will you get home?

Please check it out and tell us, what you think.

Another thing: The game has currently certain issues with low-resolution monitors. The issue is known and will be fixed as soon as possible.

Find the walkthrough below the Controls.

Controls
You travel through the 3D overworld and interact with cities and other landmarks by pressing the \'space bar\'.
Move with \'W,A,S,D\' and rotate the camera with \'Q\' and \'E\'.

Combat
You can open the combat menu by pressing \'F\'.
After that, choose one of the soldiers or \'Player\'.
The game will then highlight certain areas, that the unit may attack. Choose one and the Unit will attack.
You, as well as enemies, may only perform a single action every round.

To switch a units position, simply choose the option \'Switch\' in the combat menu

Interact with defeated foes, to claim your reward.

The games story is mostly text based. Click on any option to choose it. Some choices may result in your own death, or the death of an NPC.

Save and/or quit the game by pressing the escape button.

Character Creation
- Simply create a character. This version has less content for male characters, than for female ones
- Finding the Grave
-You can\'t do anything wrong here, but you will get a bit of gold, if you examine the bodies.Combat

You have reached the main area of this version. Enemies will spawn in this zone

The enemies will win against you, if you are alone and dont move around during combat. You can dodge their attacks, by moving in the same round, as they swing.

You reach fartower, by walking to the upper left corner of the map(The city has a big gray tower)

You will start the quest by entering the tower. You may also get additional information by visiting the cells.

If you enter the tower after visiting the cells, a new option becomes available. Choosing the to tell the chief about his wifes decision will result in her death.

You may also hire soldiers, if you provide the smith with iron ore and gold.

The University is on the bottom left corner of the map

The mysterious teccan will give you the mission to visit a certain ravine, in order to get a mushroom

You find the ravine on the left side of the map.

You can now return the mushroom to the university

University of Undyrhaim II
You return to the university and are equipped with a special weapon
The weapon can not be used in combat. It is however used, to permanently kill downed enemies through a new option during their interaction
OPTIONAL: Kill 25 plant girls to clear the area.
OTHER OPTION: Attack Fartower, to trigger a fight against the Chief and his militia

You may transform yourself, during your interaction with downed plant girlsa

The current version of the game is a PoC (Proof of Concept).

It should give you an idea of the direction of its development and includes only its most basic features.

What has the PoC to offer?

I like this game for it's terrain and writing. There is a fair amount of character customization, but it seems to have little to no effect on the game. There is a bug I had where the right side of the screen had water and the left did not, so while the would be ocean on my right, there is a barren seabed on my left, until I rotate my camera, at which point water magically moves sides. The title screen needs some work, such a title. Options for resolution, sound, and maybe preferred content would be good. In game, I have some suggestions on the player and enemy sprites. It would add more to the game if the player adopted the approximate appearance of the options selected during character customization, and possibly 3d models for the enemies, though that is more a matter of preference, as I kind of like the paper-like appearance of the PC and NPCs. I understand this is a quite early version of the game and I hope you add to yor creation in due time.

It's probably a little early for a public release. Right now it looksl like the skeleton for a game.

We pick the stats for the character, but the avatar doesn't reflect those choices. The zoom level for the game is generally good for a strategy game (moves and counter moves). but the gameplay doesn't reflect the need for that level of zoom.

If you're shooting to make an adult game, I recommend putting in a boob here or there. One boob goes a long way.

Also an ingame help screen (how to move, attack, and enter buildings) would be helpful

It's a good start and I'm sure there's months that have already gone into it. Unity games require a lot of work, but if done right there's a huge pay off in terms of game play. Keep it. I'm looking forward to the next version.