I Was Enslaved by an Evil Witch and Turned into Her Maid!
by Dahakma (2 more by this author)

This is a true story of how I was cursed by an evil witch, turned into a woman and forced to serve as her maid. 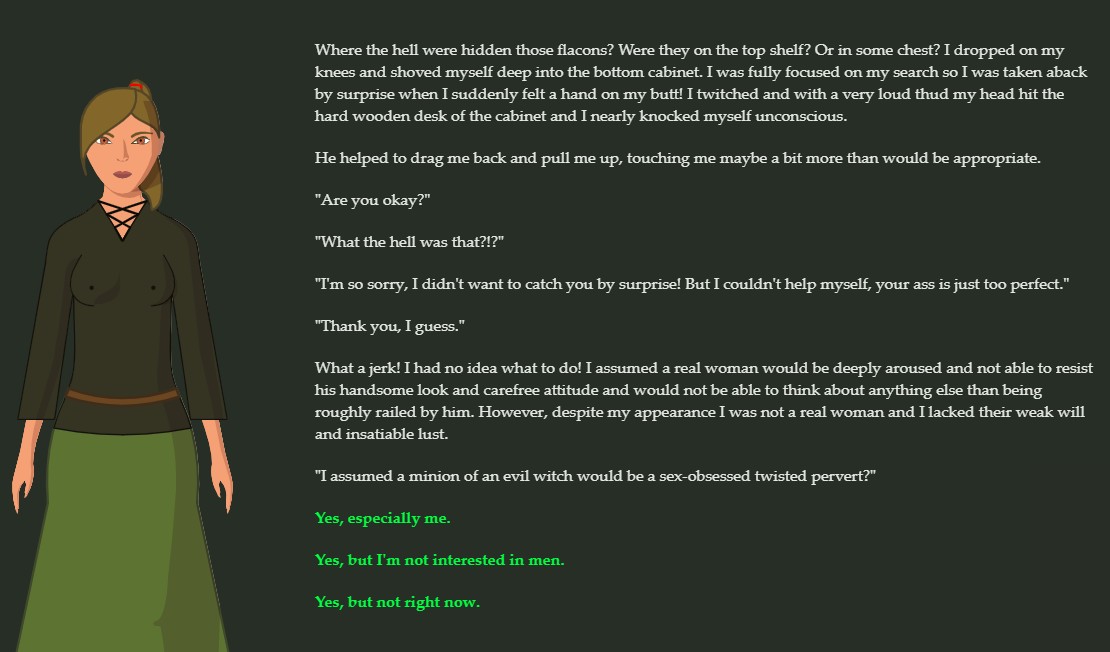 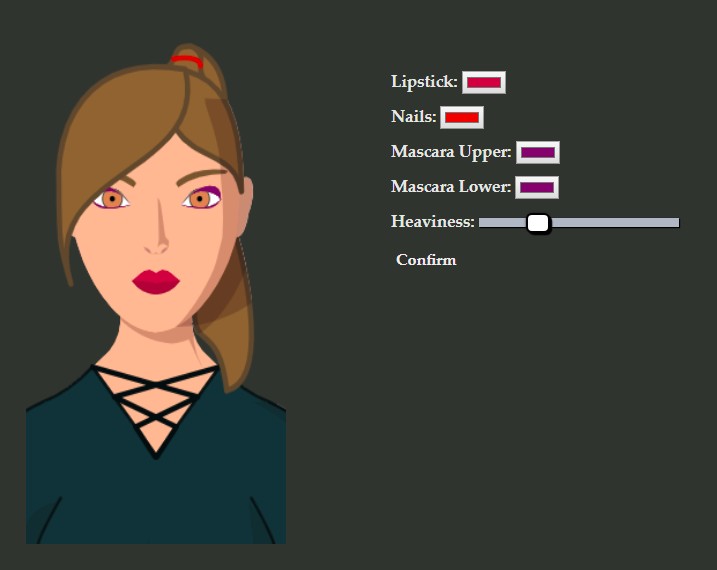 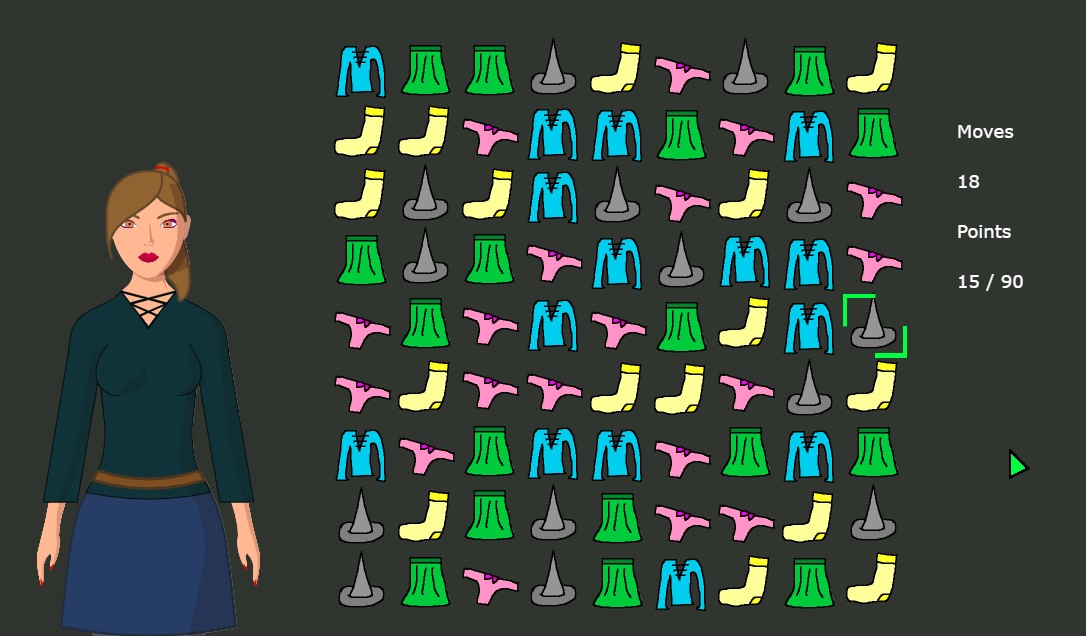 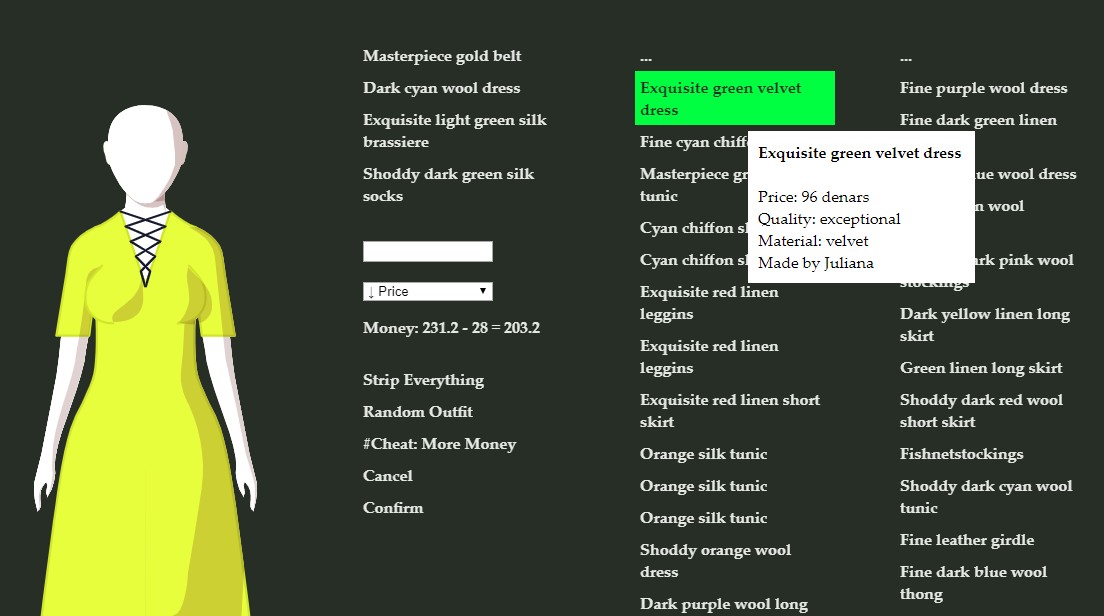 Not a bad game, although I probably wont download it again soon without an option to skip the minigames. I have wrist tendonitis and the clicking is literally painful. If you don't suffer from the same affliction though, there is no reason not to download it, it's one of the better games on this site.

I just saw that it's been a while since anyone left a review which is a shame really because this is such a fun game with already some content that will keep you entertained. I love the dynamic avatar thingy and the fact you can design your own clothes for it. The change happens instantly and I personally prefer a slow change but I got the feeling that the MC was being transformed in other ways still both physically and mentally after that initial transformation.

I was surprised at how fun and engaging this game is.  I can't wait for the next update and keep up the good work!

I was surprised at how good this game was. The writing is entertainingly silly and doesn't take itself too seriously, and the premise given in the title is the setup for a light-hearted slice-of-life story about a not-as-evil-as-she-claims-to-be witch and her womanizing maid.

The main character and witch's interactions are surprisingly cute. Both characters have strong personalities that frequently lead them to clash, but watching them gradually getting used to each other's presence, learning to get along and accomodating each others' needs made my yuri-shipping heart smile... Especially as the Witch seems to have at least a little interest in her maid's appearance and wellbeing, and occasionally "punishes" her by making her more attractive. Also, unlike many other games with similar premises, the main characters' relationship is a two-way street: The player character can and does push her mistress into making particular decisions for good or ill, and can and does talk back if it seems appropriate.

Of course, this is still a beta, and it shows. What's there so far is good and has definite potential, but there are a number of obvious flaws that I hope the author will fix:

Anyway, I'm looking forward to seeing where the author goes with it next. After all, there's a whole tower full of cool magic stuff to mess with, and a relationship to build, and a witches' duel on the horizon...

This is another one I will be following closely. I have loved Dahakma's games and this is another fantastic one. This is very fleshed out so far and I can see it becoming a hit once it is finished.