We now have a Patreon! Support for early access to builds!

Join our Discord server for live updates from the developers and a chance to shape the game as it's made!

A collaborative effort between hardcore gender bender fans and longtime content creators Espeon and CaptainCaption, re:Dreamer is an adult gender bender visual novel about an impossible phone game that turns its user Zach into a girl before they even start the tutorial. With an impish and unreliable in-game A.I. as their only lead on how to change back, can Zach follow the rules of this insanely predatory game to survive, or will they lose everything that made them a man in the process? 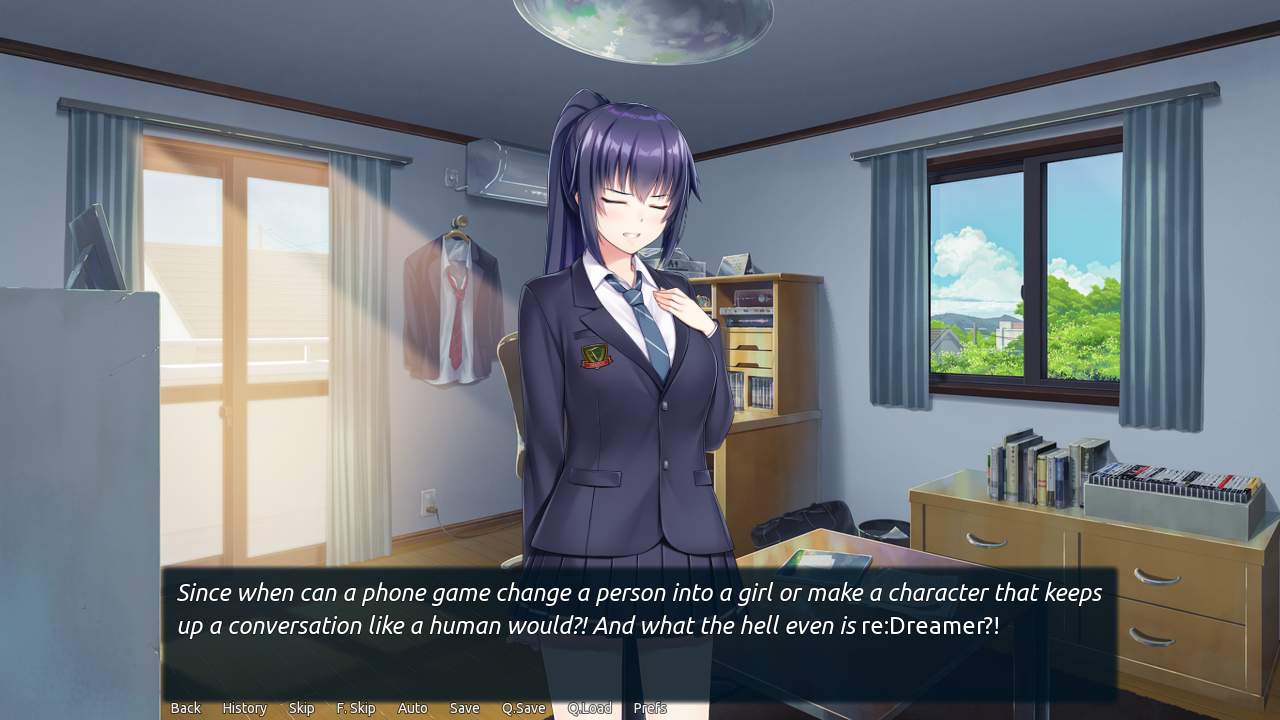 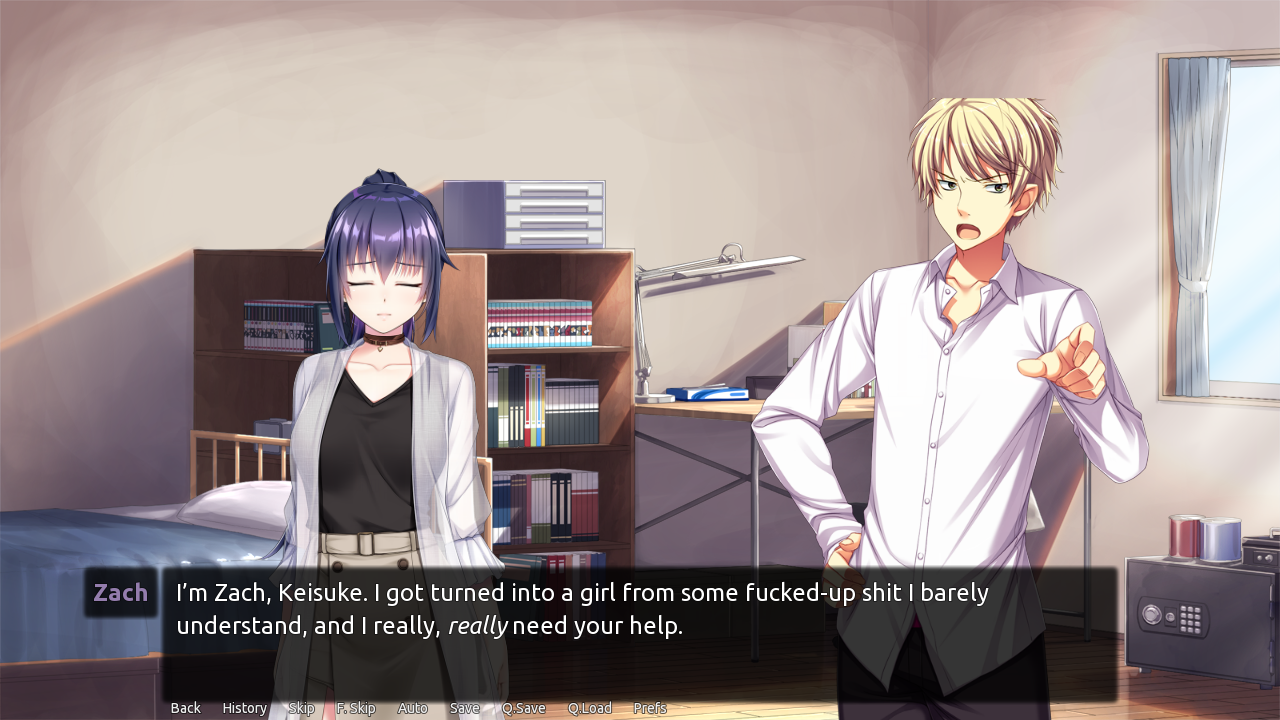 A list of currently included and as well as planned adult content may be found on the Walkthrough tab of this IGDB page, but please be advised that we are not able to inform you of this content without spoiling its existence. By clicking on that tab, you are robbing yourself of a full experience reading this work.

While Dream Team Studios condemns any and all such acts in a real-world setting, please remember that re:Dreamer is a work of fiction about fictional characters (all of who are of legal age) in a fictional setting. Depiction of this material is in no way an endorsement of it, but we at Dream Team Studios believe that its existence is important to the story we want to tell.

As a visual novel under heavy active development, re:Dreamer needs support and feedback from the TF/TG community to reach its full potential. Please leave a review with your thoughts, and consider subscribing to our Patreon! While we are currently making this game as a passion project, we cannot afford to do so forever. We’ve spent a lot of time and worked hard to build this project up from a loose framework of ideas to the TFGames.Site release you see here, and it’s our hope that this demo is enough to persuade readers that we have the ambition, planning, and skill to see this story through to the end.

Lastly, it is important to note that re:Dreamer is currently in alpha, and much of the visual and audio assets will be replaced in the future with those that the members of Dream Team Studios have legal rights to use. Unless specified, consider these assets to be temporary placeholders subject to change without warning.

Zach, the main character of this story, is a chronic underachiever who has been using his above-average intellect to coast through life with below-average grades. After a gap year taken to find his identity and expand his spiritual horizons that left his broke, he's now a freshman university student in a major he only chose because it's easy and can lead to a steady job right out of school. He spends his idle time searching for new and obscure phone games to play as F2P user on a broke college student lifestyle.

Ai is the unreliable and mischievous A.I. that came with Zach’s copy of re:Dreamer. She seems to treat this all as one big game, though it probably is just that for her. Ai appears to have her head in the gutter 24/7 and seems to take great pleasure in teasing Zach. It remains to be seen if Zach can trust her.

Britney is a dorky young-adult blonde white girl and anime/game/cosplay otaku who is quite attractive but abrasive if you can't keep up with her pace. She and Zach met in high school and bonded over their similar tasts in anime and phone gacha. She is also Zach's only female friend.

Keisuke is Zach's childhood friend and neighbor. Despite being opposites, the two have been best friends since they were little kids. He's an athletic prodigy and social butterfly who gets along well with the ladies, despite being a blunt meathead. Though their personalities have diverged since they were kids, they've known each other for a very long time and have a strong bond of trust.

As of the current public release the adult content consists of:

Additionally, there are plans for future content dealing with (including, but not limited to):

Please check the TFGames.Site discussion thread for a full changelog

We also have a draw.io route flowchart with changes and updates for versions 0.2.0 onwards!

The game's really good! Good route variety: some routes are somewhat scary (mainly bad ends, the first one is a good read but it's extremely stressful and i liked it), a couple are fun, some even go into phylosophy and psychology. Writing itself is nice as well, you don't get bored even at some parts with little action. Also, huge plus for Nujabes, my personal respect for great taste in music :D

It's like I Robot but made by weebs with a gender bender fetish. Highly recommended.

In my opinion, the other reviewers are being generous.  At this point, the only thing you'll see is that the character changes into a girl and has a long conversation with the app's AI.  Then it's over.

Enjoyed the game. I hope the Ai will consider making a female body for herself in real life and make love as the female zach hehe

I really enjoy this game:

-the premise is a rather fun one, and it has a great deal of potential

- the bad endings, while rather bleak, feel extremly real without straying into pandering - for example, the bit with ____ trying to scamble for any sense of identity is utterly strange and yet somehow extremely believable, for lack of a better word.