Swan Song of the White Angels
by Xetinel 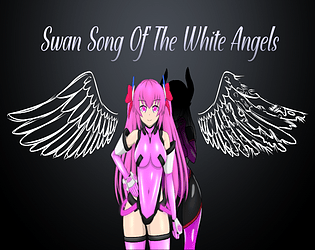 In the near future, Earth is under attack by a mysterious organization called Kavliaris. They will stop at nothing to conquer the world. Only one group, calling themselves the White Angels, can oppose them.

After many defeats, Kavliaris has undergone a change in leadership. The White Angels suffered losses, were pushed back, and now Earth is on the brink of defeat. Each day, more White Angels are lost, captured, and suffer humiliating punishments on national TV.

One girl, Lolita, takes up the mantle of White Angel after her parents are taken from her. She does not believe her mother is dead, and continues to search for her. Is Lolita the one who can save the world, or will she become just another slave of Kavliaris?

See in the changelog tab to see what's new.

Thanks so much to Salty Justice for proofread the game again

See my patreons or Itch.io if your want the latest news and updates first, Thanks your for you patience and thanks for continuing support, I hope your enjoy it.

Lolita lives alone, searching for her missing mother. A fairy named Elena visits her and asks for her help. She becomes a White Angel, a magical girl who will save Earth from Kavliaris and liberate the Vit from their oppressive queen.

Lolita: A shy girl who spends a lot of time alone. She's searching for her missing mother.

Gaymax: The new leader of Kavliaris. Ruthless, cunning, and master of machines.

The game is entirely linear. but iin future updates it will have others things to do in the game

-Fix many typo and rewrite many better Englishdialog (Thanks to DeathKnight)

-Fix some bugs and balancing gameplay

-continue the story and 2 new missions

-fix some bugs and improve gameplay

2. increase the times enemies to chase your again when escape in first mission

2. New one mission and continues the story

3. Improve and balance the gameplay

-3 new enemies (Their haven't have each own lewd arts yet)

-2 New maps (the Shion North town doesn't have purpose yet it been for the v0.5)

2. change a little bit of one arts scenes position in gallery room

4. small updates on one of the map

5. When your click on the crystal in the gallery room it now show your preview Arts CG

0.6B Patch 3 Changelog:
-Lolita new form Magical Girl Alita include new sprites and standing arts
-3 New enemies with they own lewd arts
-4 new lewds scenes (2 Bad end and 2 lewd event) there actually one more but it a statue gold sprite with just the text
-New map, story, mission and house
-New 2 skill after Lolita transformation
-New items
-Nerf and buff some enemies
-Fix some old bugs, and more
-Npc can now react to Lolita new transformation
-Add a music to the new map

-Buff and nerf some of the enemies and skill

-Fix some old and new bugs

I have nothing but good things to say about this game. It's a pretty standard fare bad-end gallery with some other lewd scenes added on so far, but it's quite well executed with inspired use of some lovely kinks. Given a few updates, this could shape up to be something memorable.