Gamble your  reality for money in this male to female transformation-themed, reality-bending pachinko-style arcade game. Collect money and make it to the end of seven levels. Your reality may change at the end of every level, slipping you into alternate worlds of both good and bad fates where your relationship with your fiance can be enhanced... or destroyed. 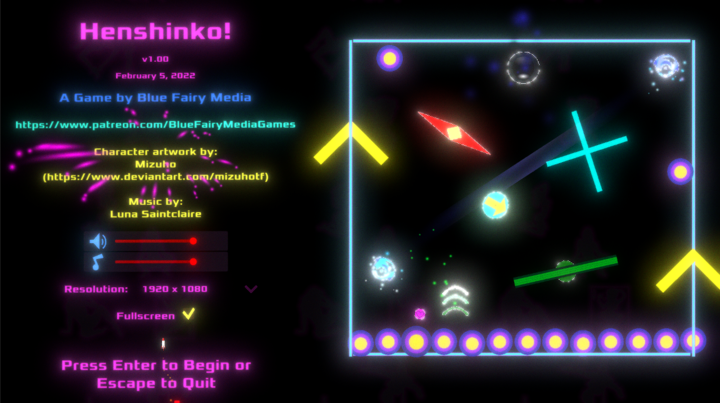 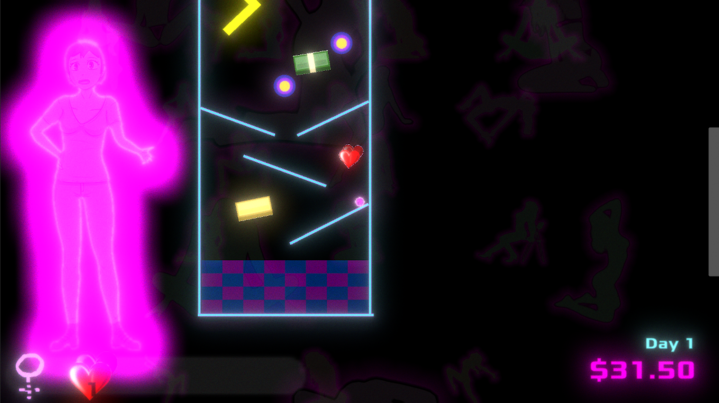 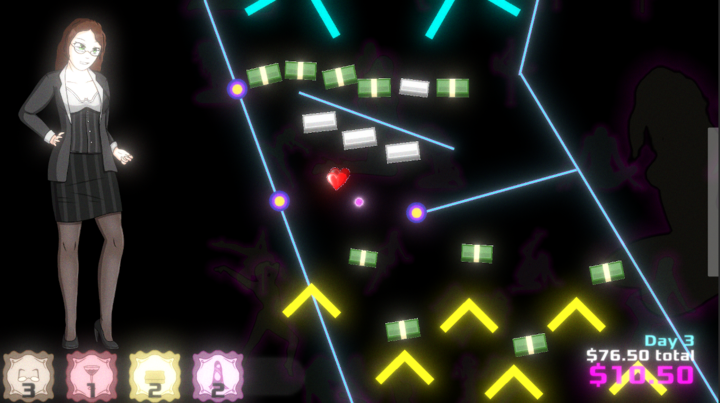 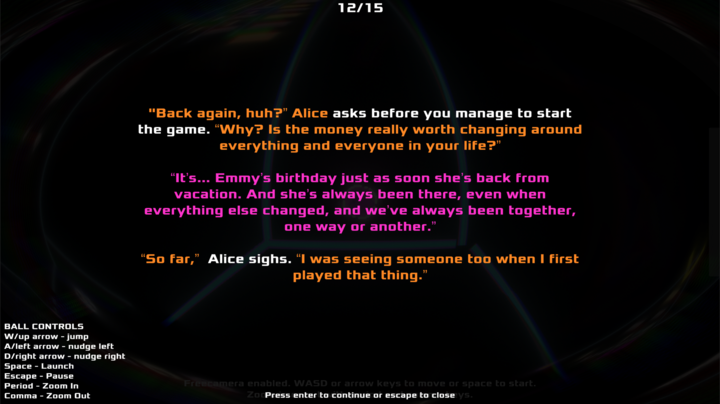 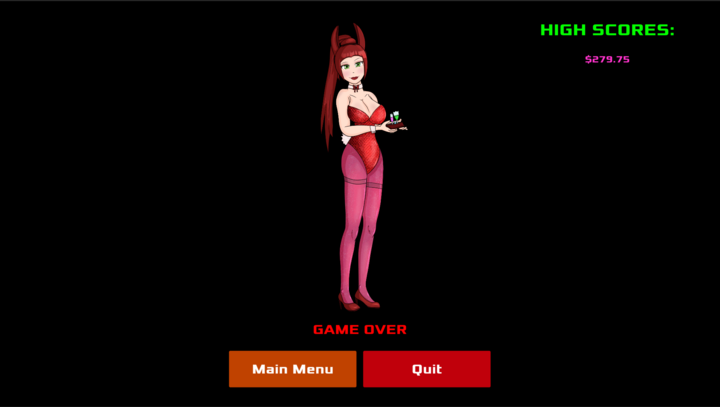 Your name is Tayler.

You are twenty-two years old living with your old high school sweetheart turned fiancé Emmy. She is out of town on a family vacation somewhere on the other side of the planet with only the spottiest of cell phone signal but will return in seven days, just in time for her twenty-first birthday.

Unfortunately, unknown to your beloved, you are flat out broke after losing a few desperate bets. Worse, you still have to make rent and pay some bills first and you are an unemployed college dropout who makes ends meet through occasional gig jobs, the last one of which you got stiffed. Here you are finishing off the last of your drink at your favorite bar with no idea what to do.

Just as you're about to leave, you spot a strange video arcade machine in the back of the building promising the opportunity to make real money in a game of luck and skill. You're a pretty decent gamer--maybe this will be your lucky break! Even better, the machine tells you it costs nothing to play a game once per day--aside from sacrificing a little bit of your... REALITY?

- Bugfix for when the puck has anti-gravity active and still makes it to the endzone, then is stuck on forever when the next level begins.
- Minor tweaks to Day 5 level geometry to help keep the puck in the play area

- Bugfix for a scenario where you could end your second day in a form, stay in the same form all the next day without transforming, and not trigger the endgame content.

- Tweaked levels 3 and 7 so the puck shouldn't get stuck in geometry as easily.
- Tweaked the transformation logic slightly. You must now always surpass, not simply meet, the token count for your previous form to change. This should make when the player transforms a little more predictable.
- The number of nights spent in a form is shown on the token list panel, in addition to the total token count of that type.
- Base male and female tokens use white text instead of black for easier reading.
- Added an Endings list at the game over page which reveals which of you endings you have seen so far.
- Added Reset button for the High Scores panel and the Endings panel to clear them, if desired.
- Minor text corrections

This is fun! It's a very interesting mechanic, with a reasonable amount of story around it. I had some frustration in the beginning not being sure if it was even possible to get a good ending, or how to manage it. But once I looked that up (try to minimize your TFs), I enjoyed it. Worth playing!

It's certainly a unique game. There's reasonable depth to the progression of the TG, the artwork is decent, the overall story fairly reasonable.

Ultimately, what holds it back is that it's just Pachinko, for better and for worse. It's a novel idea, and the gameplay is fairly fun for the first few playthroughs, but ultimately what TG and ending you get is often down more to luck than any relevant skill. It makes it quite annoying when you're shooting for one path in particular, or trying to get a specific ending.

Having more control over what path you get on subsequent playthroughs, either by removing certain paths from the machine or giving the player more control of the ball, would mostly fix this issue.

It's still worth a playthrough, maybe a couple if you're really into the randomness of it. Otherwise, it's hard to recommend a completionist runthrough.

TF pinball. More pinpall than TF. And if you hate pinball like I do (which is something I managed to forget till this game reminded me) then I'd suggest staying away.

On the TF side you get about 4-5 short playthroughs worth of content resulting in 6 ending. Achieved by sticking to one of the 4 "life directions" or to neither one of them. It's not particularly lengthy or deep, but it's solid. Well, solid except for the whole "determined by painball pinball" thing.

On the technical side, some UI elements go off-screen and you don't get to save the game or rebind the controls. But overall it's passable.

I was very skeptical about the concept and absolutely wrong to be. It's a fun little game! You consistently manage to release surprisingly well made games that have stretched the genres of what is typically found. Real impressive, mate.

Pretty fun overall, a few endings to go for to add some replay value. I do wish i could go back and view endings/path's i've already completed, as you dont get a ton of agency when it comes to which path you end up on. It's all very dependent on luck, which is fair, given it's essentially pachinko. Definitely worth a try!